Enter the man from California 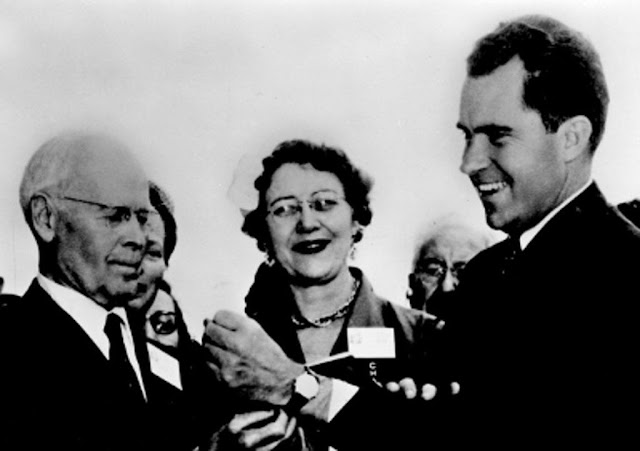 Richard Nixon is the first, and at the time of this writing only US President to be born in California. Nixon entered the national political arena in the same election as fellow future President, John F. Kennedy. They were both elected to the House of Representatives the same year. Nixon was first a Congressman, then was elected to the Senate, when in his his first term his name was put forward in a smoke-filled room to be the running mate of future President Eisenhower.
In many ways he was about as unlikely a future president as the man he succeeded in the Oval Office, President Johnson. Seeming set to follow in the footsteps of Eisenhower, he lost the 1960 election to his fellow freshman representative, John F. Kennedy. He spent the next eight years in a political wilderness. Counted out by many, he   came back to win the 1968 election.
And now we have to once again clarify some of the perceived notions as to provenance as it pertains to the Vulcain Cricket and the Presidents of the United States. It is indeed true that Richard Nixon owned a Vulcain Cricket. It is also true that his Vulcain Cricket was a gift. But what has (unfortunately) been misunderstood or simply poorly researched is the actual source of the gift.
As Vice President, Richard Nixon gave a talk to the National Association of Watch and Clock Collectors. He was then presented with (spoiler alert) a Vulcain Cricket.  The then Vice President sent this rather praiseworthy note to Vulcain in 1960 -
"This watch was presented to me on the occasion of my address before the National Association of Watch and Clock Makers on May 20, 1955.  It has given excellent service over the past five years and has served as my alarm clock around the world."
That's correct watch fans, the score thus far is:
Vulcain Crickets worn by US Presidents (and Presidents-to-be) = 4
Vulcain Crickets given by Vulcain to US Presidents (and Presidents-to-be) = 0
Once again, the Cricket itself proved to be one of the best "brand ambassadors" out there. 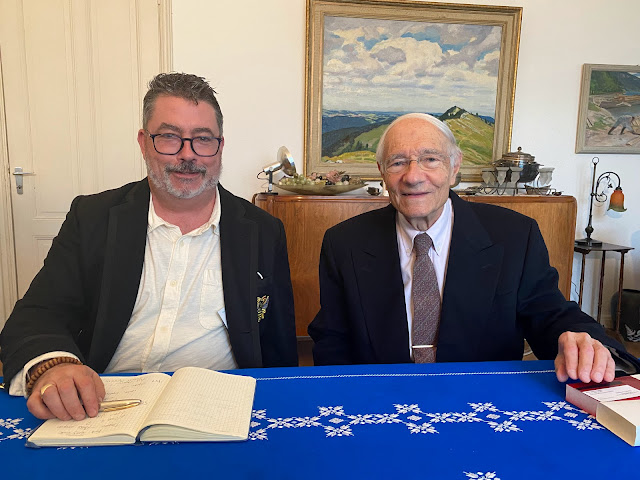 I was very fortunate in preparing these dispatches to be introduced to Michel Ditisheim, the former head of Vulcain and son of the Cricket's creator, Robert Ditisheim. He was kind enough to invite me over to discuss Vulcain the last time I was in La Chaux-de-Fonds. We talked about the Cricket, and he helped me to discern fact from (if not fiction), some misunderstandings held by more than a few journalists and Vulcain enthusiasts at large.

According to Mr. Ditisheim, the first time that Vulcain presented a Cricket to a US President was when Barack Obama was elected - some 56 years after the first Vulcain Cricket appeared on the wrist of a US President, courtesy of the White House Press Photographer’s Association.
So you're probably saying -
"Wait a minute, Henki! You claimed that every US President since Truman except Kennedy and George W. Bush has either owned or been presented a Vulcain Cricket!"
Yes, gentle reader, I said exactly that. But the Cricket was about to stop chirping, at least around 1600 Pennsylvania Avenue for the next 20 years or so.
This brings us to the close of the first chapter of the story of the Vulcain Cricket and the Presidents of the United States.
But stay tuned! We will be back with the story of how a seemingly forgotten watch and an unlikely retailer over 1500 miles away and his family helped revive and nurture the relationship between the Vulcain Cricket and the Presidents of the United States.
Posted by James at 9:59 AM