Well, I guess the cat is now officially out of the bag. 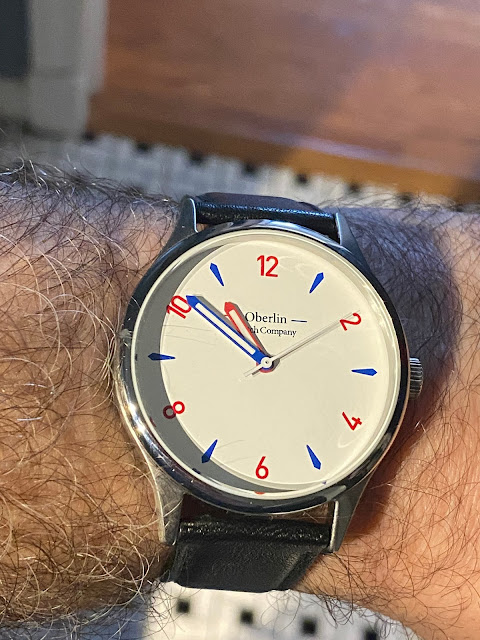 Over the past 6 months I have been trying to (quietly) work away on a personal project. What you see in the photo is the prototype / sample of the Oberlin Watch Company's first model - the OBIE1.
So in fairness, some background. As you know, I am a Northern Youth. Born in Zanesville, Ohio but raised in a small northern town - Oberlin.
Oberlin is noted for a college, a conservatory, some very open-minded and liberal thinking, being a station on the Underground Railroad, and in horological terms it is literally within walking distance of Kipton, where the Great Kipton Train Wreck took place -
https://postalmuseum.si.edu/node/2072
Oberlin is also a town founded with the same zeal and ideals as many towns in the midwest were, and if you've ever read Sinclair Lewis's Babbitt, you could probably picture what it might have been like. It is also rumored that Mark Twain wrote The Man that Corrupted Hadleyburg as a response to a less-than friendly reception he received when visiting Oberlin: Twain had given a lecture in a church at Oberlin College in 1885, and it was unpopular with the academic audience. The Hadleyburg story may allude to this event. Scholar Russel B. Nye wrote that the story "was Twain's way of taking revenge on the small town" after being jeered at and rejected by the academic audience.[5] Writes Nye, "the story is coexistent with the publication of Twain's tale of exposed hypocrisy, the townspeople remembering his visit and noting the parallel situations. There are some interesting and provocative parallels between Twain's Oberlin experiences and the Hadleyburg of fiction". The town of Oberlin had been founded as a religious and educational settlement in 1833, and is and was known as an educational and religious center. Nye says that Twain read three stories that were received coolly by most of his Oberlin audience: "King Solomon" (an excerpt from Huckleberry Finn, ch. 14); "The Tragic Tale of a Fishwife," an excerpt from A Tramp Abroad; and "A Trying Situation." The fishwife tale is from Appendix D in A Tramp Abroad, subtitled "The Awful German Language."
per Wikipedia - https://en.wikipedia.org/wiki/The_Man_That_Corrupted_Hadleyburg
And lastly, it was common to name a watch company for the town that it called home - Waltham (MA) and Elgin (IN) being just two examples.  Wendy and I have been nomads most of our married life, but if I do have a hometown, it would be Oberlin.
Now for all of you watch fans out there - 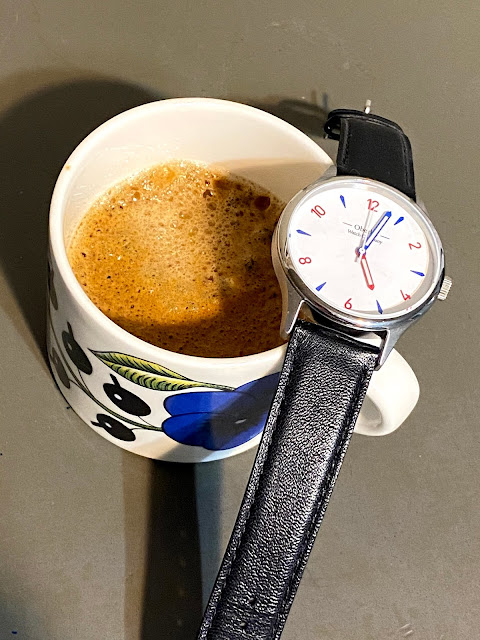 The watch is of stainless steel and measures 40 mm in diameter.  The thickness is 9.3, lug to lug is 48 mm, and the lug width is 20 mm.  The movement is the Citizen 2035.  The straps were sourced by the good folks at Lic Straps in Belgium, and feature quick springs - 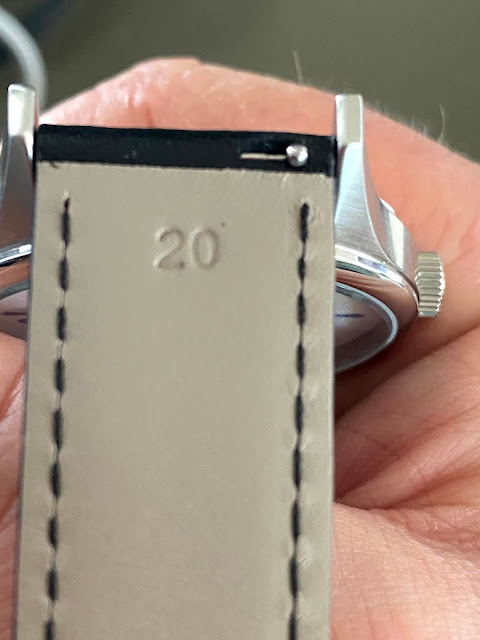 And in case you need a reminder of what place your watch represents -
The dial design and case back are courtesy of my friend Armand Billard, the mad savant behind Sartory Billard.
Watches should be fun, and should evoke some emotional response. And judging from some of the emails I received today, I think it's a big success already.
I am not a watch maker, and I am not a designer.
So I thank Armand, as well as the folks at Swiss Watch Consultants (the same dream team that make the Swiss Watch Company watches - Rod, Stephen et al.) for their support and assistance in making this happen.

The first series of the OBIE1 retails for $97.97 plus whatever shipping.
If it's in your wheelhouse, drop me a line -
Oberlin Watch Company
Posted by James at 3:22 PM