Today is Martin Luther King Day in the US and a national holiday. I was born in 1968 - the year Dr. King was killed. And although I was a "novelty" that year, I have been told by many folks who were around then that 2020 / 2021 are not too dissimilar from 68. Tommie Smith and John Carlos raised black gloved fists then, athletes take a knee today. And for the record, Brent Musburger is a bit of a jackass now, but he really put the "tool" into tool watch with his commentary covering the Olympics for the Chicago American back in 68. As far as anyone knows he still stands by it, so proof positive that stupid lasts a lifetime. And for anyone fearful that this is going to get political, I assure you it is not. My admiration for Dr. King and Messrs. Smith and Carlos is their unflagging belief in human rights - which I'd like to think we can all get behind, no matter how we vote.

Over the last week I have been inundated with requests to "feature" every watch under the sun that Joe Biden may have worn - usually with a link to purchase (clearly some folks still haven't gotten the memo about advertising, etc.). And fair enough, we will have some presidential coverages of... well, you'll just have to tune in.

But today is a day to remember someone who was the face of a movement that was long overdue then, and continues to be relevant and needed today. And as is often the case, it does seem fitting that Dr. King wore a Rolex - 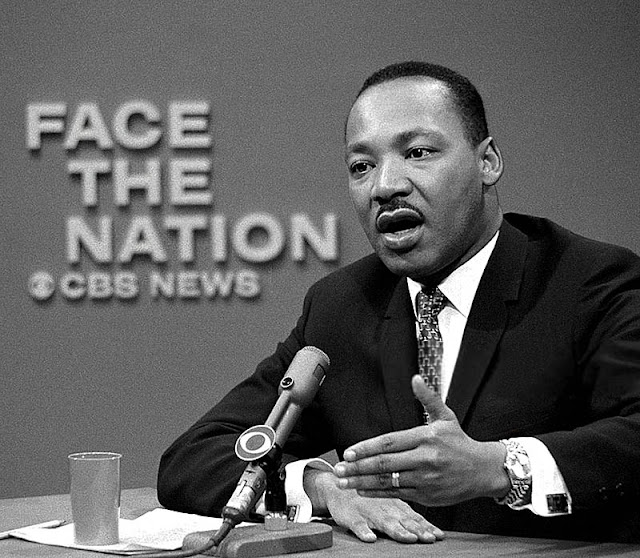 And because I think it was written with more eloquence than I seem capable of today, I would direct you to the story written by Paul Altieri 2 years ago -

And if nothing else, no matter how you may be feeling about things right now - take a moment and remember what that other great commentator on watches, Sting said about putting our differences aside -

"We can all sink or we all float. Cause we're all in the same big boat"
Posted by James at 7:12 AM