Heroes and Villains - The Reinvention/Comeback of the Year: Sartory Billard

So before we go too far, a quick and honest disclosure - I did work with Sartory Billard in a consulting role from 2018 to 2019. 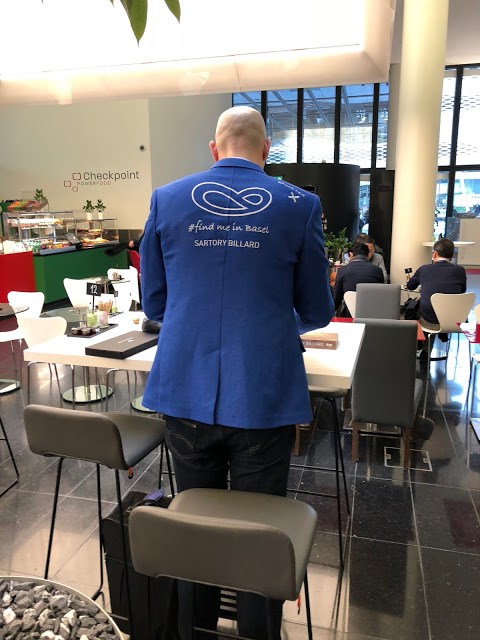 A very thin, tall guy stalking the halls wearing a sport coat somewhat subtly informing any passersby that he could inform them about (we assumed) some watch brand called Sartory Billard. I later spent some time with him during the second Wine & Time event, and later at the Hyperion (then still the Ramada).  We got to talking, and a few weeks later I did a review of the SB2:

And following that, a month or so later I began consulting on a part time basis. I thought - and still think - that the SB2 is a wonderfully creative watch that offers a huge bang for not too many bucks.

As BaselWorld 2019 approached, Armand let me know that he and his partner Ludovic Sartory would be unveiling a new collection, the SB3 -

And a funny thing happened - there was a lot of buzz, a lot of journalists stopped by, everything was looking good and...

For whatever reason, Armand thought there was another level to go. And not unlike what Miles Davis, John Coltrane and other giants of Jazz referred to as "woodshedding" things went a bit dark and silent for a time. But what most everyone (including me) did not realize was that Armand had gone into a creative cocoon, and was quietly working on what the next iteration of Sartory Billard was going to be.

And now Im  going to touch on that all important rule that every brand I have worked with must accept - Henki is ALWAYS RIGHT!  Well, apparently not always! My feelings, along with lots of unsolicited advice from other folks was to stick with the SB2 -

For me this was simple - the SB02 was an easy seller, people knew it, it was safe and solid. And here is why Armand Billard is the owner of one of the hottest small, and growing micro brands in the world, and I am sitting in Salem, MA writing about it - he listened to all the feedback, took all opinions into account, and followed his gut. And let's just say that Armand Billard's gut clearly has a PhD from The Sorbonne.

Because what came next was a sucker punch that the watch world wasn't expecting -
But that is the thing about serendipity - you can't plan for it, and you often don't see it coming! A once small cottage business has rapidly grown into one of the most in-demand touch points for watch fans, and has caused some of the most well known (and well-heeled) collectors clubs to reach out and initiate exclusive, members-only pieces. Remember how Henki always says that doing special, limited series watches for collectors clubs is a bad idea? Well, apparently not so much. Sartory Billard are perhaps one of the few examples of this typically bad idea not only working, but triumphing.

Oh, and another thing - Armand decided that he wasn't happy not having as much control of the process as possible, so he figured why not learn to make specific components for his watches, you know, like the hands and dial inserts? Remember how Henki always said that there are specialists for a reason, and don't get distracted wearing too many hats? Well, it seems that in this case, not so much.

In fairly short order, Armand went on to master the design and production of these parts, taking every opportunity to learn from anyone who would teach him something. And while you might be thinking  that the results would be the ham-fisted rejects of a first year watch making student, well once again you'd be wrong.

My friend Rod Hess and I have talked at length about the amazing output of Sartory Billard in this past year. It has been the perfect example of taking everything you know and understand to be fact, and while taking it into consideration, going ahead with what you think is right.  And the results speak for themselves.Now contrary to what some of my "fans" in Germany might have you believe, I actually LOVE being proven wrong! And if you were to take 100 micro brands who took the same approach, 97 of them would right now be "exploring new professional opportunities".

But as I've said before - Sartory Billard is a bit special.

So well done Sartory Billard and Armand - and thank you for proving what is possible when you trust your vision.