A Christmas Memory - A Repeat of Sorts

I think we call all agree that 2020 has pretty much sucked beyond belief, but it has certainly given us all an opportunity to reflect. And no matter how bad a year it has been, like all bad times, we can and will get through it.

As it is Christmas Day here on the North Shore, I am wearing my "Christmas Watch".  And contrary to what the rapacious marketing and PR departments of Richemont, LVMH, Conde Nast and anyone else expecting people to go into 5 figure debt for that perfect "Christmas to Remember" timekeeper, I am rather attached to this (at least in terms of price) much more modest one - 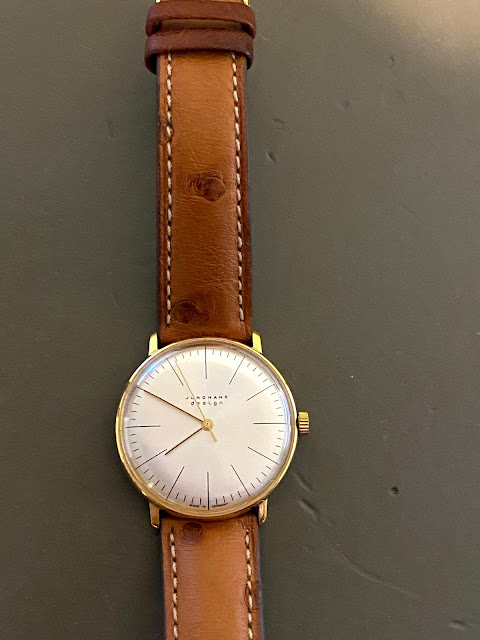 It is safe to say that at several key moments in my "watch career" this watch has been with me. A quick bit of backstory - and apologies to those of you already familiar. Back in 2002 I was (in hindsight) kindly relieved of my responsibilities of running Intrax English schools - a group of 4 ESL schools headquartered in San Francisco with other schools in Menlo, San Diego and Chicago. It was literally the Ides of March.  It had been perhaps two of the most intense, up and down, stressful and ultimately failure riddled years of my career. It was the type of job that had me nervously up at just before 6:00, in the office by 8:00, usually not leaving until 7:30 and coming home shattered. My phone rang non-stop, all day long. I felt I did improve some things, but am honest enough with myself to know that I failed much more of the time. I had a pair of bosses who led with equal parts fear and praise. In hindsight, they really didn't know any better, and for many of us we embraced the idea of being pitted against one another in conspiratorial enterprises that would have put the contestants of Survivor to shame. It was do or die, sink or swim, be a winner or hit the bricks.  After two exhausting years of desperately trying to please them, alienating my own team, and constantly looking over my shoulder for the next knife to come out (yes, duplicitous behavior was not only encouraged, it was often rewarded), I was almost grateful when I was handed my walking papers.

What followed next was perhaps the most uncertain time in my life. San Francisco was booming, plenty of companies were hiring, and I had a LOT of interviews. I kept making it to the final 2, and not getting the nod. It was pretty disheartening. I was finally hired by Starbucks and sent through their management trainee program. After two months there I was moved to a very busy store as assistant manager, and following that I was finally given the keys my own place as a "temporary" manager that November. And then 2 days before Christmas it was made official and I became the manager.

That Christmas Wendy gave me the Junghans you see in this story. With it there was a note, telling me how far I'd come and that she was proud of me and that I should feel proud too. That following May I interviewed and got a position working in admissions at a college and slowly, but steadily clawed my way back into a career in education, and later back to running programs and being a leader of people - something I was terrified to take on after my career meltdown in San Francisco. When I put on this wonderful token of my wife's faith in me, I know that as bad as things get, I can get to the other side.

This particular watch for many readers might seem unremarkable.  It was sitting in the display case at Seregin's in San Francisco. It was not considered a high end piece, and was deeply discounted to around $125 or so. But to me it is priceless.

Over the years this watch worked with me behind the sales counters at Tourneau, and accompanied me on my inaugural BaselWorld visit where I interviewed for the DOXA job. It has had a few straps and I think I finally found THE one that suits it best - an ostrich from Lic straps of Belgium.

Wearing it I am reminded that nothing in life is guaranteed, and nothing is permanent, and that sometimes when you get knocked flat on your ass, the best thing to do is to get back up on your feet and keep moving forward. 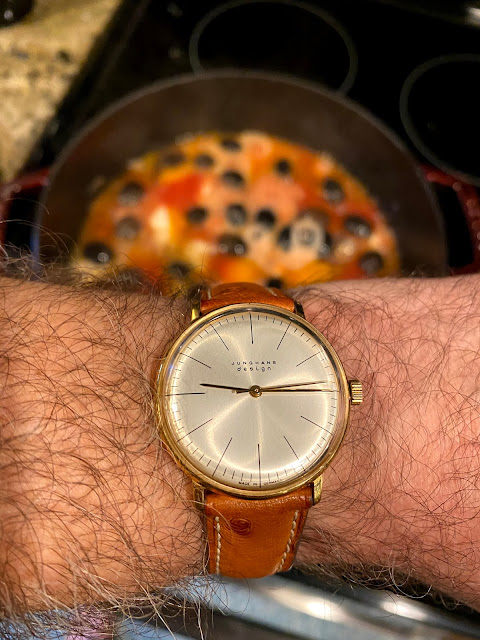 So while we struggle with the realities of 2020 and hope for things to get back to normal, please remember that we are all in this together and we will all get to the other side!

Hoping your holidays are happy, healthy and that 2021 is as magical as 2020 has not been.