And so it has come to this.  With several brands still licking their financial wounds after being strong-armed by fair organizers from the two big shows to make "amicable" settlements, there is now a third show slated for Lausanne, and we are all presuming that Rolex, LVMH, Bucherer and others are going to keep their word and head south and be next door to Watches and Wonders - or maybe be formally asked to join.  And this is presuming that Hayek the Younger doesn't opt to try and do SWATCHVILLE in Zurich at the same time. 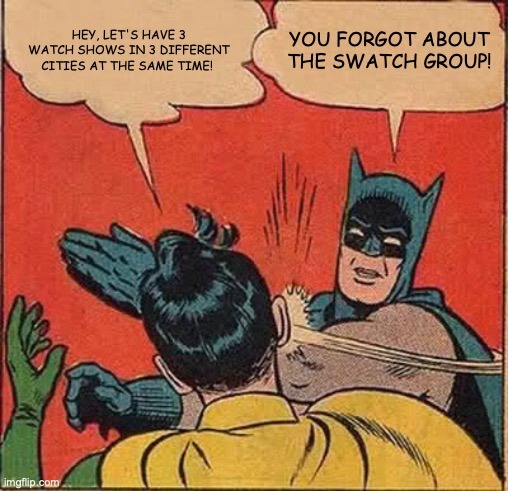 Now I like BaselWorld as much as the next guy. Hell, I'd go so far as to say I like it more than most people. But the sad truth is that coming up with a new name is not going to wash the bad taste out of the mouths of several brands who had their feet held to the financial fire by the fair organizers.

So let's break them down, shall we?

Let's assume you are a journalist or retail partner. You decide to start your day in Basel -

Hour Universe:
BaselWorld - "The Big Payback" has been rushed through an extreme makeover that probably wasn't the best considered of plans. I suppose the idea was if you change the name of the fair, maybe brands will forget how they got hosed out of thousands of dollars for exactly ZERO services, and mountains of headaches. Remember that whole "if you take a negotiated deal we'll roll some of those fees to next year"? Well, I might be wrong, but I suspect when BaselWorld announced that the fair had moved from quacking duck to a a l'orange, so did the hopes of the brands of recovering any of their fees. While it may indeed be "We Time", I doubt very seriously that "we" will be paying back/forward any money from this past year. So pucker-up Buttercup, it's really Their Time.

Now in fairness, if I have read the promotional materials correctly, they are stating that if the fair cannot go forward, monies will be refunded. But for many brand managers and owners that I have talked to, they are not feeling particularly warm and fuzzy about the whole idea. The only fuzzy most of them got from the organizers this past year was the fuzzy end of the lollipop.

Okay, now jump on a tram and get yourself to the SBB station and hop on the first thing smoking south. Allow yourself around 3 to 3.5 hours for transit between stations. Let's be honest, you will be better served to plan your whole day there.

We already know about Watches and Wonders which may have a Rolex/Patek/LVMH mini-show next door. But now that Hour Universe is back like the ghost of last night's stiffy, my money is on the big dogs being invited to join Watches and Wonders.

Now let's hop BACK on the train and zip over to Lausanne!

And now for my personal favorite (yes, that is sarcasm) - Imagination!

Now with a name like that, well, I mean, just imagine...

Well, you will actually need to leave quite a bit up to your imagination, because a visit to their website will tell you exactly nothing. Actually, that's not fair. It will provide you with a zingy tag-line:

One World One Vision

It will also inform you that it is Coming Soon with a count-down clock.

Now on the one hand, you could argue that the fair is nearly 6 months away - c'mon, that's half a year!  Well, yes and no.  If the "count down" clock is anything to go by, it is 155 days away.  In fact, a closer look at the website does not exactly give a date. So perhaps the countdown clock is counting down to the day the fair dates will be announced?

Spoiler alert - one of the brands I work with forwarded me the info - Imagination will take place from April 6 - April 11.

Now consider that it is being held in a fairly large space that has all the warmth and charm of an airplane hangar.  Just imagine!

But then again, it could prove to be the "Richard Clayderman" of the April shows. He wasn't sexy, but if the commercial back in 1984 selling his albums was anything to go by, he was THE MOST POPULAR PIANO PLAYER IN THE WORLD! 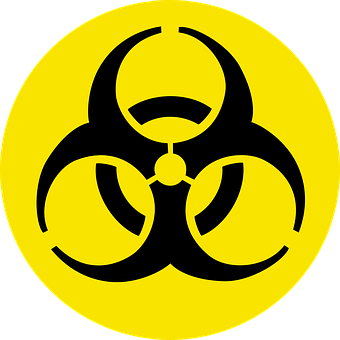 We still have that pesky problem of COVID-19...