A Few Minutes with Anders Brandt

Okay, in fairness, some of you might be scratching your heads and saying something Henki-esque like, "A few minutes with who?"
Well, gentle reader, I'm glad you asked! Because while Watch Town keeps churning out endless numbers of divers, fliegers and "not-so-smart" watches, there are a handful of folks out there designing, creating and assembling some truly beautiful, unique and beguiling time machines that are absolutely not just like everything else out there. Here's the thing, it takes something special to be willing to sack up and invest in your own vision, and see it through rather than take the easy path out. And if you are really lucky (in addition to being really talented)? People will respond! And in the case of Arcanaut's first series (now sold out in fairly short order), that is just what has happened.

So without further delay, a few minutes with one of the men behind the new darling of small batch watch making, Anders Brandt -


James Henderson - Tell us about Arcanaut? What was the inspiration to create a new watch collection?

Anders Brandt - Arcanaut started when I met Simon, ­­­my co-founder, at a bar in Copenhagen. We kinda just stumbled into each other one evening when I overheard him bragging about his Breitling Navitimer, to which I jokingly shouted across the room something like: "But you cannot see what the freaking time is!" And from there we spiraled into a very spirited discussion about watches and design that lasted until the sun came up. During this conversation we fell in love with this idea of creating a truly Nordic watch, not just visually but also in having this authentic approach to what a Scandinavian watch should feel like.

The concept of Arcanaut comes from this straightforward idea, or question, that Simon and I asked ourselves when we started out: "How would a truly Nordic watch look and feel?"
For the next edition we are really taking this approach up a notch with almost every part of the watch being manufactured in Scandinavian countries, and assembled in Copenhagen. It’s easy to paste a Scandinavian label on something, but we’ve found out we can often do things smarter if we’re close to the manufacturers of the parts.
The inspiration for the next design is going be centered around light and contrast. Light has always influenced Scandinavian art and design. It’s probably because our part of the world are plunged into darkness every fall and winter. We cherish every little ray of light we get, and have a special relationship with contrasts that’s apparent in the way we design things.


JH - Denmark is well known and admired around the world for the design originating there. I would imagine that this could be both a spur and a bridle - so I realize it is a cheezy question, but what are some of the Danish Design Codes in the Arcanaut?

AB - When people think about Danish or Scandinavian design, most will think about that sleek minimalist look – but that’s too lazy. Anyone can make something minimalistic if form trumps function at every step. The truth is that making something "minimalistic" is not what makes something Nordic. In my mind, Scandinavian design is all about creating your own rules, with a very functionalist approach in mind. You have to think about what the role this "thing" you are trying to design has, and how it interacts with people; what gives it purpose? When you look at a watch from this perspective, it was really very simple to us:

The watch needs to tell time effectively, be comfortable to wear, and look nice but not be intrusive – to me that’s really Scandinavian. 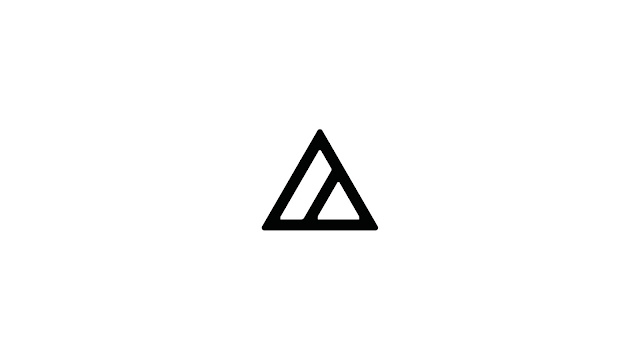 JH - Tell us about the "Twin Triangles".

AB - The Twin Triangles are a simplified version of a rune called the “Valknut”, which is often connected to knowledge and the old Norse god Odin. Arcanaut means “travelers into knowledge”, which is just a nice way to say “nerds”. When I first designed our logo I knew I wanted some kind of modernized rune as a symbol – Not just to subtly tap into Nordic heritage, but because I wanted something so simple that you would be able to carve it on a piece of wood in 3-4 cuts like our far Viking ancestors did. That I thought would be truly iconic.
And after many hours and days of drawing runes over and over again, I suddenly had these two triangles on the paper – and immediately I knew this was going to be our logo.

We’re not unique in trying to harken back to our Danish or Scandinavian heritage, but we’re not in this to make some cheap pastiche or slap a Scandinavian brand over some piece of junk. We go Scandinavian all the way, not just as a gimmick. And that included serious writing cramps when I worked on the runes!

JH - Tell us about the square crown? What was the inspiration?

AB - We knew from the beginning that we wanted to do something different with the crown, as it almost always seems like an afterthought in watch designs. You have this beautifully shaped case, and then there’s this ugly bump on the side. Also every watch geek knows about those red marks you get on your left wrist from watch crowns burrowing down into your skin. So I started sketching this idea of an integrated square crown in the design, which would fit with the curves and shape of the watch case. We got told by almost every manufacturer that it would be extremely difficult to actually make, but by trial and error we finally managed to get it right – and Voilá the square crown was born.

And let me just add here: I’m not an artist. I draw because my mind is filled with ideas, both visual and otherwise. And most of them are pretty bad – it’s a lot easier to find out if they’re worth anything if you get them out of your head.


JH - So contrary to what some people might think, Arcanaut is not exactly a "new" brand, at least for the founders. It would seem that this is something you have been working on for quite some time. When did you start out on this adventure?

AB - Yep! You could almost say that we have 5 years of experience fucking up watch brands.

We actually started back in 2015 on an entirely different watch brand, and then two years ago released our first watch the ARC 1.

Something you need to know about Arcanaut is that we design and pay for everything ourselves – so if something goes wrong, there's nobody else to blame, or solve our problems. My day job used to be helping people with designing processes where problems become apparent immediately and people get to work solving them instead of everything going through six layers of committee at every step – and the watch is designed the same way.

Also, I’m a bit of a perfectionist, so things take a lot of time – also because I tend to choose the path of most, not least, resistance, because I want to try every option out there to make sure we make the right choices. The usual outcome of taking the hardest path is that other improvements tend to show up on the way.


JH - What have been some of the biggest challengers?

AB - One of the major problems we have been trying to solve since we launched the ARC 1, was that all the Swiss manufacturers wanted us to order hundreds of parts before wanting to work further with us. Swiss watchmaking is mostly a numbers game, and most manufacturers don't really want to bother with little gnats like us. The whole system is built around making large quantities of the same watch over and over again, which is just not what we want to do.

So, that really only left us with two options: Either try to get a large investment to pay the Swiss, also running the risk of compromising our own vision for the brand, or try to come up with ways in which we could make everything in small quantities back home in Denmark. We chose the latter, which has turned out to pay off.


JH - What have been some of the nicest surprises?

AB - It’s been a long and not entirely cheap process during these five years, but it’s been a very effective way to weed out every bad idea we started out with. And the nicest and most fulfilling experience has been to realize the true value of good craftsmanship – you can say that before I was an astronomer who had the whole universe figured out, but now I’m training to be an astronaut and actually seeing things up close. I mean, we were two twentysomethings who thought we knew all about watches and just needed one shot to make the perfect watch. We still have much to learn, but now I cherish every cock-up because it means the next version will be even better.

Lately I’ve been really positively surprised that every part of a watch which can be manufactured in Switzerland (except for maybe the movement) can be manufactured just as well or even better in Denmark or other Nordic countries; you just have to be very creative about how you design and plan out your production process. It’s a hard exercise in design and manufacturing, but man, it pays off.

Take the hands-on our next watch for example; instead of the usual method of stamping the hands out of brass, which requires a large initial investment, we found a way to cut the hands out of steel in two parts: One standard and one custom part, and then fuse them together later when we need to. This method would be a very costly method if we needed to make thousands of watches each year, but the fact of the matter is that we would rather make small quantities and always have the opportunity to come up with new designs: Flexibility is key for us.

And I’m sure there are loads of nice surprises waiting for us out there. In fact, whenever I find out something new about watches and watchmaking I just get even more excited about the whole affair.
Posted by James at 5:33 AM