Smartwatches, and all that Glitters

Since the launch of the Apple watch in 2015, it has become a commonly accepted fact that smartwatches are out to take luxury watches. After all, sales of luxury watches are dropping and sales of apple watches have overtaken them... so it must be true, right?

Besides possibly ignoring economics trends and consumer behaviour, this reasoning seems to oversimplify the value proposition of luxury goods. If customers cared more about utilities (technical specifications) than luxuries, there would not be a $1,171 billion global luxury industry [1].

In this first part of the series, the author would like to look at how Apple influenced the conversation about smartwatches, and wether there are overlaps with luxury watches. The author has worked for both the luxury industry and the consumer electronics industry (within Swatch Group AG from 2007 to 2013 and Goertek Inc. from 2015 to 2019),  and has been an Apple customer for the last 10 years, so his perspective cannot really be accused of being partial or biased.

There is no doubt that Apple is a polarising company. On one side they enjoy an almost-cult like following, and on the other they are the subject of criticism.


In the pre Dot-com bubble era, Apple was defining itself as being contrarian to the mainstream computing corporations. Their chosen narrative presented them as a David against Goliath.

« This commercial was classically disruptive... This wasn’t a machine where you were going to be kowtowed in the workplace, this was a machine for the young, innovative, entrepreneurial mind. It really inspires the creative individual to break free and start something different. » [3]

In the post-Internet era, Apple has defined itself as the "underdog". Their success stories always follows the same template: Apple enters an existing product category, releases their own improved version, beats the biggest guy on the yard and ultimately dominates the market.

They started with the iPod, which remains the most successful portable media player of the post Dot-com bubble era. They followed suit with the iPhone, which managed to spell trouble for industry leaders such as Blackberry, Motorola, Nokia and Sony-Ericsson; and continued with the iPad, which dominates the market of tablets.

The Biggest Guy on the Yard

This offered two opportunities: by name dropping luxury brands, Apple could avoid comparison on utilities with its direct competitors, they could lean on overlapping aspirational values with luxury brands and they could anchor the image of their smartwatches as quasi luxury goods.

Although it is true that Apple did use comparison with direct competition in the early 2000s (the LOL funny "Get a Mac" campaign with Justin Long) [4], they did promote the overall experience instead of focusing on utilities. Once that the company got the upper hand on portable media players with the iPod, and on smartphones with the iPhone, they could afford to focus on the brand experience. This tactic has the benefit of leaving adversaries with no other option that competing on utilities or price.

Interestingly, this strategy is closer to luxury brands than consumer brands. Patek Philippe for example, promises customers to travel across generations.

As for Rolex, founder Hans Wilsdorf practically invented athlete endorsement and cemented the brand's promise to customers of traveling across the globe.

Apple's promise to customers is to travel with their mind. The company's stated mission is « ...bringing the best user experience to its customers through its innovative hardware, software and services. » [5]. Everything in the brand experience, from advertising, retail design, approachable staff, packaging, industrial design, interface and ecosystem upholds those values.

In order to cement the apple watch in the public's imagination, Apple used three elements of anchoring:

Firstly, when Tim Cook unveiled the apple watch in 2015 he pitched it against a shortlist of watch brands ranked by sales value. Half of the brands on this list belong to the High End segment, so it had the benefit of instilling the idea that the apple watch could by all means compare to the likes of Rolex, Omega or Patek Philippe.

Secondly, the first apple watch edition features an 18k gold version, and it helped to cement the idea that if Apple wanted to play head to head with giants of the luxury industry, they could. But they ultimately would not, because Apple was probably producing the 18k gold watch at a loss. However it still served its purpose as a publicity stunt.

Thirdly, Apple sought a collaboration with Hermès, so even if the comparison with luxury brands or the release of an 18k watch did not work, the apple watch could at least benefit by proxy, from being associated with at least one bona fide luxury brand.

If Apple felt a need to use anchoring to position the apple watch as a quasi luxury item, this begs the question: where does the apple watch overlap with luxury watches?

Speaking of luxury watch brands or luxury brands in general, there are four characteristics that make their products different from consumer goods: namely purchase decision, scale, sustainability and resale value. 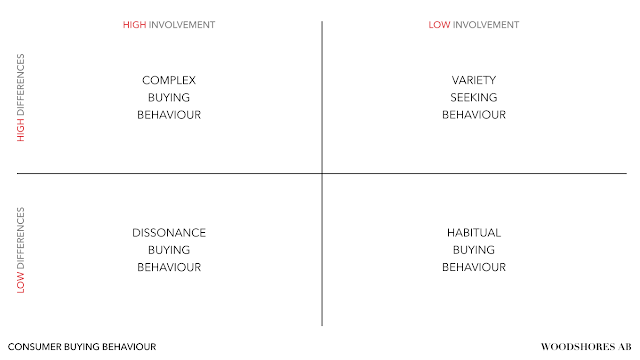 The author explored in detail what the model represents and how it can be applied to luxury watches in Understanding Luxury Brand Equity through Consumer Purchase Decision, but looking at Apple's shortlist of watch brands, Rolex, Omega, Cartier and Patek Philippe would probably fall into complex buying decisions: the customer needs a high involvement in gathering information about the brand, and there are numerous differences between competitors.

Fossil and Casio would probably fall into variety seeking decisions: the customer needs a low involvement in gathering information about the brand, but there are numerous differences amongst competitors. This would typically be where all fashion and lifestyle brands belong.

Seiko and Citizen would probably fall into habitual buying decisions. The customer needs a low involvement in gathering information and there are few differences amongst competitors.

Voiceovers of Sir Jonathan Ives on Apple ads try to convey the quasi luxury status of Apple products, by using hyperbole words such as "precision", "exquisite" and "craftsmanship". Regardless, the fact remains that Apple products are mass-produced and intended for intensive distribution.

In theory there is no limit to how many consumer goods or how many consumer electronics can be manufactured. This is why the industry has managed to saturate the market of personal computers, laptops and mobile phones: every consumer who can afford it buys one, so the demand is in decline.

In contrast, luxury goods are constrained by a scarcity of raw material and a scarcity of artisans capable of turning these into finished products. not every consumer who can afford it can buy one, so the demand is rising. It is without surprise then that most luxury goods can only be sold through selective, if not exclusive channels.

Philippe Dufour, a living legend and a Swiss national treasure, takes more than a month to produce watches to a degree of finishing that puts Patek Philippe to shame. The fastest that he can work is with electrically driven and hand controlled tools.

The sustainable dimension of luxury products takes various aspects: first, the source of raw material must not be depleted, so it is in the best interest of luxury brands to preserve an existing symbiosis or an ecosystem. I previously discussed the economic benefits of the luxury industry in an answer to « Does it hurt the economy when people spend on luxury goods? ».

Secondly, besides being produced with superior materials and according to a superior design, luxury goods can be repaired, which dramatically extends their lifespan.

In comparison, consumer electronics pose several human rights and environmental problems in how raw materials are harvested and processed. A race to release newer devices faster means that products do no longer have to be build to last long. Before the iPhone, the criterion for shock resistance was much more stringent. It would have been considered a design flaw it a screen broke the first time that a phone was dropped.

However, the iPhone had the effect of lowering the standard for a whole industry. Example like this have prompted the European Parliament to put laws into place to protect the interest of consumers and force manufacturers to build products that are more durable and easier to repair [6].

The iPhone and other smartwatches are almost always designed and built like consumer electronics, so they do not offer the same repairability as luxury watches.

Because their quantity on the market in finite, used luxury goods tend to appreciate in value over time because of the law of supply and demand. Typically, 40 years old luxury watches and more recent ones can easily be kept in perfect working conditions, because spare movement parts can easily be procured for movements, and most components such as crystal and gaskets are standard. There has been a push from dominant luxury brands to undercut independent repair shops and force a monopoly on repairs and servicing [7] so the customer's best interest could be in jeopardy.

To Apple's credit, the company is one of the few whose products are highly sought on the second hand market. Besides refurbished products that Apple officially sells in 21 countries [8] to a market of more than 2,300 million consumers, there is a thriving parallel repair and resale market around their products.

In 2015, Android Police calculated that Apple offered software updates for older devices up to 41 months in average, which was practically double that of Nexus android devices (21 months). From 2018 onwards, Apple has been giving customers the option to have their iPhone battery swapped, which according to CEO Tim Cook allowed customers to hold on to their iPhone a bit longer than before [9]. Asymco analyst Horace Dediu estimated that the average lifespan of an Apple device in 2018 was slightly more than 4 years [10].

The author tried to outline Apple's branding strategy to present their products as quasi luxury, which sometimes overlaps with luxury branding, particularly when it avoids direct comparisons with competitors and it focuses on aspirational values. When it comes to the apple watch, there are many differences in its production and distribution scale that makes a head to head comparison with luxury watches impossible. Apple does however manage to overlap with luxury watches by tapping into similar purchase decisions and by offering longer software support and superior resale value than its competitors.

In this series, the author will offer a different perspective of the observed drop in sales of luxury watches and will explain the "Kodak syndrome" and how it dominates the conversation. The reader will be offered an insight into radical changes that the Swiss industry undertook long before any hint of the 1980s crisis, and how they made it possible to manufacture smartwatches today. The author will try to show how comparing sales of smartwatches with watches works, except when it does not.