The Success of Biver - a Possible Alternative Theory

I am going to kick this off with a fairly basic
thesis -
In terms of the watch business, nobody has had a bigger influence, caused a greater paradigm shift, and captured more of the watch world's attention than Jean-Claude Biver.  In many ways, and particularly in light of the latest quagmire that SWATCH and the Hayek heirs are currently dog-paddling in, I feel particularly comfortable with this statement.  I further feel empowered to say this as on a personal level, as I know that he is no great fan of mine.  So while this is not coming from a place of ambivalence, it is also not coming from a
brownie-hound ; )

I just finished watching a film on Amazon - In Search of Greatness -
https://www.imdb.com/title/tt8236398/

It intertwines quite neatly with David Epstein's book -

Range: Why Generalists Triumph in a Specialized World 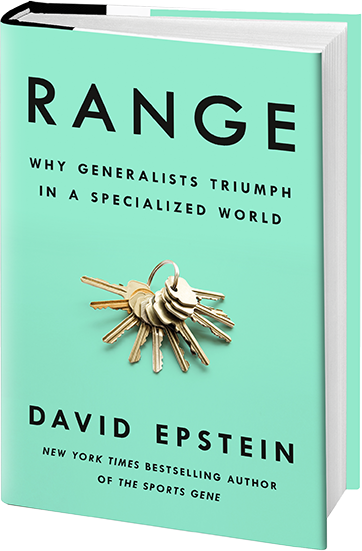 Mr. Epstein also features fairly heavily in the film.
If, like most of us, find yourself with some free time in the upcoming days and weeks, I encourage you to check both out.  What both the film and the book focus on is that contrary to popular belief, some of the most successful adult athletes did not specialize or focus too specifically on their ultimate sport until much later than most people would assume.

Okay, so what's that got to do with Jean-Claude Biver and watches?  Well, if you really think about it, Mr. Biver did not over-specialize.  Simply put, he dipped his toe in several different pools within the watch industry.  Sales, marketing, etc.

One thing that the watch business seems to be quite keen on, is to continually promote sales people into management, and even offer them the head chair at the big table.  And what the success of Jean-Claude Biver and the lack thereof for several "specialists" is testament to, is the fact that in an age of over-specialization, the generalists tend to find more success.  Now, this is not to say that Mr. Biver is a novice or a neophyte by any stretch of the imagination.  And in many ways he has been a true pioneer.  What it is to say, is that the success of Mr. Biver, and ultimately the brands that he oversaw, was an open attitude because he was not restrained or confined by dogma, habit or specialization.  Some of it, like at Blancpain and later Hublot?  He had to make up as he went.
Specialists have failed, or at least not seen the same level of success for myriad reasons.  And it is also fair to say that Mr. Biver's success was also due to a myriad of reasons.

1.  Curiosity - he clearly had the desire to try several different things.

2.  Ambition - he wanted to have his own brand.

3.  Luck - Blancpain was available, and he had the vision to see that bridging a dormant brand with an active movement maker, Blancpain would be something different.

4.  Vision - he was willing to see beyond the obvious.

5.  Persistence - he could have retired and lived off his savings a long time ago, but he kept coming back.

Very clearly, Mr. Biver is not someone you come across every day in any industry.  He is, however, a great example of the triumph of the non-specialist.
Posted by James at 9:23 AM