Ghosts of BaselWorld Past - Best in Show 2011

As it seems that BaselWorld is way down the road, and around the bend I thought it might be an opportunity to review what my favorites of BaselWorld 2011 - 2019 have been.

So as there is not much news on the horizon, we'll pace ourselves.  Let's go back to 2011, and Ressence.

2011-
Was my first BaselWorld as a member of the press.  There was a lot of cool stuff, but perhaps what most caught my eye and held my attention was a new brand - Ressence.

This is an updated version of the Type 1 -
Now as much as I admire Ressence, I am a teacher, and educational social worker. I am not in the marketing demographic. But in all honesty, the founder behind Ressence, Benoit Mintiens, is a genuinely nice guy.  So in the spirit of the impression Ressence and Mr. Mintiens made on me, the interview I did with him way back when appears below -

A few minutes with Benoît Mintiens

One of the most talked about people at BaselWorld this year was the creator of the Ressence watch.

So now, a few minutes with Benoît Mintiens - 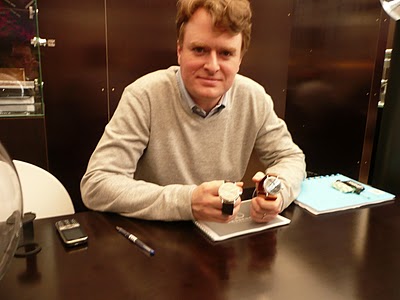 James Henderson - What was your first watch, was it a gift? Is there a story behind it?

Benoît Mintiens - My first watch that i can remember was probably a transparent Swatch. It worked for 6 months I think.  I found it very fun to see the components... but my first love was the Bulova Accutron Space view.  It is such a beautiful concept to give time with a wavelength!

MB - It was only at the age of 18 that I discovered that design was a profession.  Before that I thought of being an engineer or something.  As a kid I used to design things all the time and build them, being an industrial designer was the perfect solution to translate my hobby into a profession.

JH - Where did you go to school, what did you study?

BM - I have a Master degree in Industrial design and a Master in Business administration.  ( 7 years in total... )

JH -  When people think of Belgium, watch making is maybe not the first profession that comes to mind.  How did you get started in the watch industry?
BM - This is a very long story.  I had always been attracted to new watch concepts but was realistic enough not to love them to much. The Ressence project started with a friend who asked me to design a watch with lots of diamonds - but for men.  While working on the project and after TAG Heuer launched their Diamond fiction watch, my friend left for Hong Kong and I was left bitten by the watch virus.  So, I decided to design a watch for me. 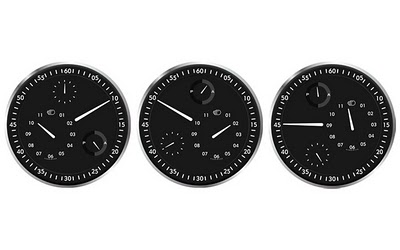 JH -  Did you ever consider doing something else for a living?

BM - My job ( the one that pays the bills at the end of the month ) is as a consultant in industrial design.  My work for Ressence is for serious fun!

JH - You've now been at it for awhile.  How is the Ressence brand evolving?

BM - Ressence is a niche product for people that can appreciate the values I have tried to put into the product.  For the moment people are buying a watch concept, to some extent, Ressence is only a name.  The brand will have to build from that.  As this needs huge marketing resources, this will take time.  For the moment my priority is to develop new models.

JH - Thinking back to the start, were there ever nights where you woke up in a cold sweat, wondering if things would work out?

BM - I still have sleepless nights.  I think it is normal ( I hope )!   My biggest concern being the difficulty to produce the parts.  I don't know why but it is very hard to get your parts in time.  And as I'm only starting, I need to go through a learning curve with every step.

JH - What are some of the biggest challenges you have faced?

BM - The biggest challenge was to create a network of suppliers.Not being Swiss, not being a watchmaker and not living is Switzerland, I can tell you it is not easy to start for the simple reason that I did not know where the start was...

JH - Having spent a little time by your booth at BaselWorld it seemed as if your watch was one of the hottest things this year - what do you attribute the Ressence's popularity to?

BM - I can not judge because I did not move from my booth.  When I listen to the reactions from people that pass by, they usually stop for the unconventional design.  They found it attractive and start looking closer. At that point they think the watches are fakes/dummies.

In fact they are working models!
I often hear: Oh, the display is printed on the (plexi) glass?  The ones that know a lot more than me about watches say -
"oh, yeah, I see it's a regulateur but different"...
When they see that the screen they saw, is animated they usually smile.

JH - What is a typical "day in the life" of Benoit Mintiens?

BM - Are you sure you want to know this?
Get up, get my kids cleaned up, bring them to school, and  go to work.  As a designer I work within a European agency.  I often work for French clients like SNCF, Veolia, RATP.   But I also do some work for Browning,  Frisk, Thalys, Siemens, Bombardier, etc...

A project usually starts with the question why, for who and how.  For example, for the moment we are designing the new tram for Basel.   ( yes, in Switzerland )

Depending on the project you need to focus on different aspects.  If you're asked to design a new TGV for SNCF, you first have to think:
How do people what to experience a high speed journey?   What does it mean to be French in a European high speed market? Who are the travelers, what do they need?  What is their mindset in the morning and in the evening? etc...

JH -  What do you like to do in your spare time?

BM - For the moment my spare time is reduced to zero because  of my double activity.  But when it is good weather I like is to drive my old-timers.
(after years of working on them...) 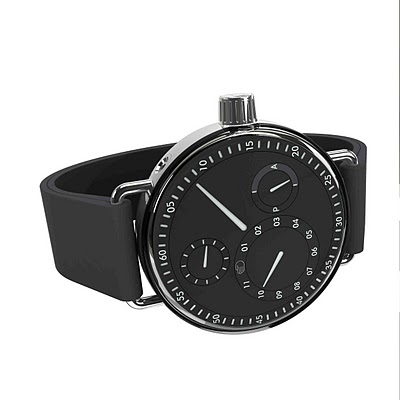 JH - What was the inspiration for the Ressence?

BM - This is impossible to say.  Why does anyone have an idea?  One day I just had it (the idea).  What can I say, the guy that can 'generate' idea generation is called God I think?   No?  Essentially, creativity is 5% inspiration and 95% labor. 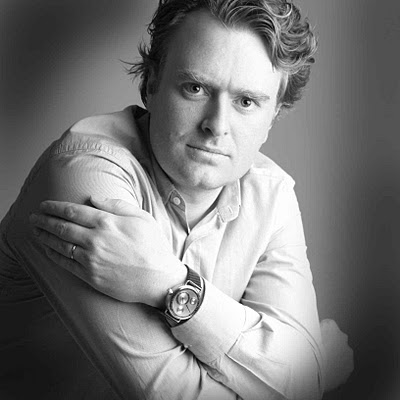 JH - What advice do you have for the future Benoit Mintiens out there?

BM - I understand this question as "what advice would you give to yourself?"
In the short term, try to stabilize my activities and balance it better.  In the longer term, transform Ressence into a brand.