Because it's Easy to Run 2 Brands!

As I sit and write this morning, I am reflecting on a conversation I had with Wendy last night.  Over the course of the past week, three brands repeated classic mistakes that they (and others) have made before, and yet continue to make them because they convince themselves that somehow, this time will be different!

The announcement has seeped out to Salem's Witchcraft Heights and finally over to Tempus Fugit HQ -
the shot-callers at Kering have decided that the current head of Ulysse Nardin should now also take over Girard-Perregaux.  Now this is not really news.  And in fairness, I have held off on comment.  But the more people that I spoke with, the more I thought about it, the more I have come to believe that we are seeing the same sort of reactive (i.e. not proactive) thinking that (particularly) the Swiss industry has been stumbling around with for the recent past.

I am now firmly to the point where I don't know if these "double CEOs" are the result of careful decision making, or knee-jerk reaction.  It also sheds some very serious light on the real health of the watch industry.  If everything is as rosy as the export numbers would have us believe, then Kering wouldn't feel the need to bootstrap their executive functions in the watch industry.

But I've also noticed another shift, the business now is becoming less and less about the "personalities" running the brands.  On the one hand, this is good because it focuses us back more firmly on the viability of the product itself.

On the other hand?  It lays bare the industry's refusal to evolve.  It is clear that many of the structures, decision making paradigms and, yes, attitudes are straight from the late 70s.  And we all know where that led us.

But back to the man of the hour, courtesy of Kering's announcement -


Kering has appointed Patrick Pruniaux, current Chief Executive Officer of Ulysse Nardin, as the new CEO of Girard-Perregaux. From today, he will manage the Group’s Swiss luxury watchmaking Maisons, within the Watches & Jewelry Activities. Patrick Pruniaux will report, as previously, to Albert Bensoussan, Chief Executive Officer of the Watches & Jewelry Activities of Kering.
Today’s luxury watchmaking sector is known for its accelerating product cycles, the increasingly global nature of its customers and the transformation of their expectations, both in terms of e-commerce and digital interactions. Patrick Pruniaux’s role will be to devise a coherent strategy for accelerating the development of the two Maisons in international markets, while at the same time maintaining their unique characteristics, their ability to innovate, and the excellence of their know-how.
Patrick Pruniaux has spent more than 20 years in the FMCG and Luxury industries, and in the watchmaking sector in particular. He spent nine years at TAG Heuer and several years at Apple, where he worked on the launch of the Apple watch before becoming MD of Apple in the UK and Ireland.
Albert Bensoussan, Chief Executive Officer of the Watches & Jewelry Activities of Kering, said: “I am delighted to give Patrick Pruniaux the mission of increasing the awareness and accelerating the growth of the Kering Group’s two iconic Swiss watchmaking Maisons. The dynamism he has shown over the past year as head of Ulysse Nardin convinced me that he was the best person to develop these two brands, and to capitalize on their respective identities, heritages and technological know-how.”

It is clear that Mr. Pruniaux didn't just fall off the turnip truck, and it is also evident that with his experience at Apple, he is prepared to "think different" (sorry, couldn't resist).  And if GP and UN continue to fester, in fairness?  I wouldn't hang the blame on him.
We are (at least some of us) starting to realize that even during the last massive downturn, we were living in a gilded age.  Ultimately the brands will have to figure out what made them tick, and see if the magic can be recaptured.  But for the brands that were so dependent upon a cult of personality to drive them (and I say this with respect, not disdain), they will have to discover ways to make their watches attractive to actual customers without the help of celebrity CEOs and watch makers.  For UN the dynamic duo of  Ludwig Oechslin and Rolf Schnyder have left the building, and for GP the last connection to the romantic past of the family Macaluso is now living the life of a romantic poet/traveler/rally car driver.

So some new magic will need to be found, because as that other great commentator on the watch industry, Slim Charles, would remind us: 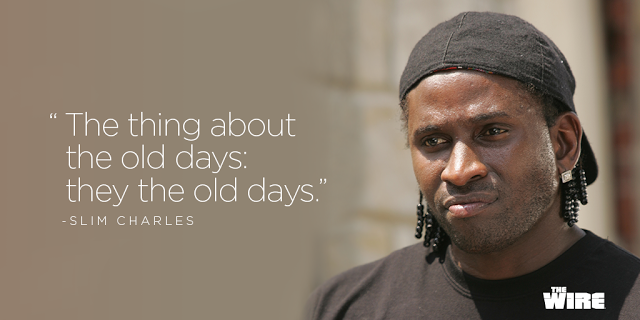