What makes the Strata James, and Montfort special?

Well, it is actually several things.  Starting with the dial - 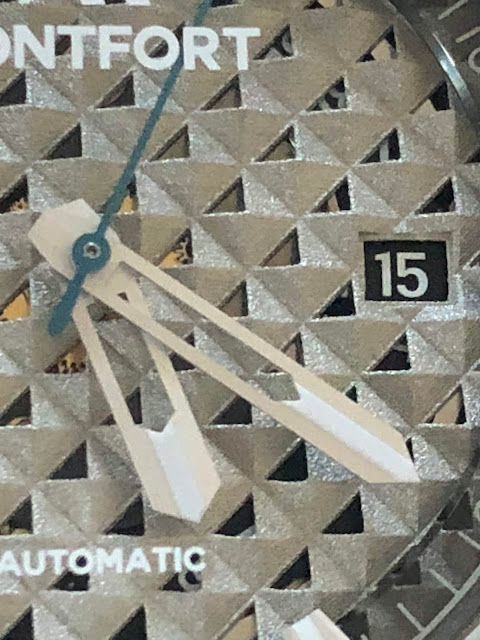 A close up of the dial reveals that it is, in fact, full of texture.  And holes!  Well, not exactly holes.  But what the dial of the Strata James and all of the other Strata pieces proudly displays is the result of a 3D printed dial.  Now in fairness, you could easily print 3D dials... if you simply wanted a flat, typical dial.  But that is not what the folks at Montfort were after.  There are plenty of flat dialed watches, but not too many out there with actual texture.  Add to that the challenge of making hundreds of dials that will be exactly the same?  Well, that's more than just an afternoon's worth of tinkering ; )

Long story short, Montfort partnered with the Swedish firm Digital Metal to create the dials for the Strata collection. 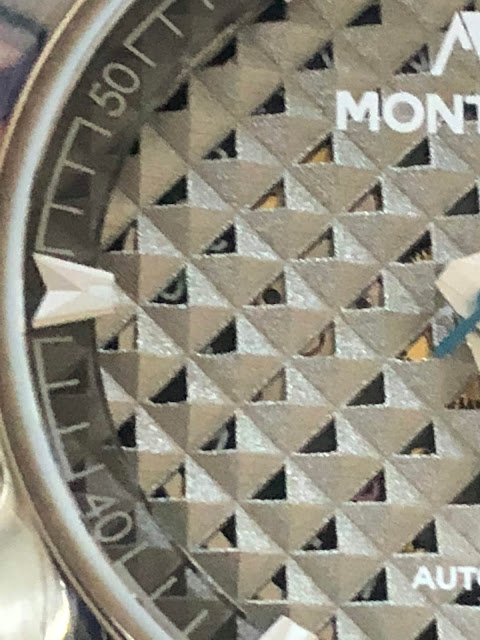 The goal was to create a dial reminiscent of the birthplace of Montfort which is not exactly flat.  To this extent, the dial of the James Strata is somewhat topographic in nature.  Although you will likely never take the dial out and touch it, you can almost feel the rise and fall of it's texture with your eyes. 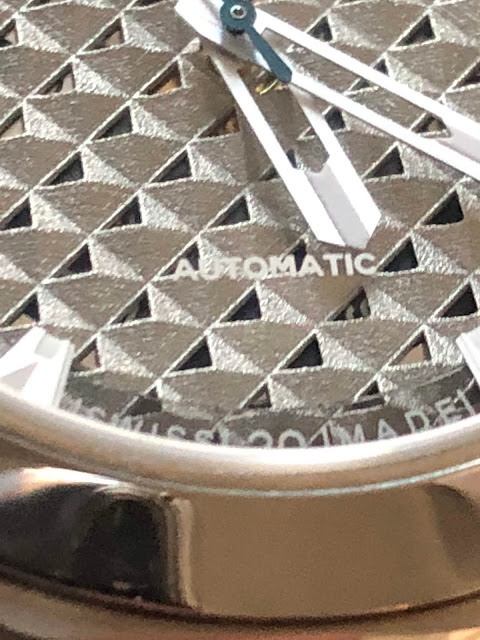 Now for me (and this might just be my take on it) the dial was what really made the watch for me.  The pattern is described as "Clous de Paris".  It is extremely pleasant to look at, and wonderful to see displayed on a watch at this price point.  Montfort was also aware that this is a watch that also needs to be, well, readable!  And to that end they used an outer chapter ring with a 60 minute/second scale as well as six very prominent markers at 1, 3, 5,7, 9 and 11 o'clock.  There is nothing printed on the inner (main) dial itself, the logo and text are on the crystal, almost floating above the mountains and valleys of the dial.

Now the second innovation is the case.  It is not made from mere stainless steel.  It is, quite literally, Super Stainless Steel.  And I have to be honest, this is where my ability to adequately describe technical stuff hits the wall, so I am going to quote Montfort -


Super Stainless Steel has been developed in conjunction with AIM SA of Switzerland and Expanite A/S of Denmark. Initially developed for offshore and aerospace applications this gaseos carbo-nitriding technology is unparalleled in its flexibility, hardening performance and anti-corrosive properties.

By diffusing at low temperature both nitrogen and carbon into the surface of the material, a layer is formed with a case depth of approximately 0.04mm (0.0016 in) with a surface hardness around 1200 HV (Hardness Vickers scale). The treated steel is 8 times harder than standard steel improving drastically the resistance to scratches.

Now if you're like me, and I know some of you are, you will scratch the bejeepers out of your watches.  I have fortunately not had to put this technology to the test, but it is comforting to know it's there.

One last point I'd like to make is the finishing of the movement, most specifically the rotor -

I opted to use Montfort's own photo for this as they have captured the movement much better than my own ham-fisted attempts.  The movement is the Sellita SW200, it features a black galvanic coating, blued screws and "CÔTES DE GENÈVE" on the rotor.  Is this an "in house", manufacture movement?  Of course not, and thank goodness!  Because sooner or later, you will want to get your watch serviced, and the way things are going, I will wish you good luck if you are trying to get anything other than a "standard", mass produced one taken care of without having to pay to put your watch maker's kids through private school.

And while we are on the topic of the movement, it ran very accurately with no major deviations.  I also wound very smoothly with very good crown engagement.  The screw-down crown is solid and secure without being too tight or too loose.

To sum it up, this is an intriguing watch.  Comfortable to wear, and  very versatile, you can wear it with pretty much anything.  It has some great technological advancements, offers some fun surprises and very real value at its suggested retail price point of 1,990 CHF.

For the record, here are the specs straight from the source -