So it would seem that once again, Biver the Great is hitching up his pants and getting ready to jump into the breach to save Zenith.  In the press release that went out a a very odd hour last night/this morning, he made this statement -

"I am personally taking over interim management. I want to be more involved and to create greater synergies between the group’s three brands. I’ll be working with the teams to give this brand the lustre it deserves."

On the one hand, this is the first sane statement that has been made about Zenith in some time, but it is looking at something in a manner that, if we are very honest, was not all that sexy and not the runaway success that some people seem to feel that it was.

Zenith has had its moments, but has not really been at the epicenter of the industry as a stand alone brand in the more traditional senses.  This is not meant to take anything away from them, but let's just be very, very clear here.  Movements were made for and sold to Ebel, Concord, and a little mom & pop named Rolex.   And business by and large was okay.  Not rocket ship to the moon, but steady.  A few owners came and went, and if memory serves a certain outfit named Movado felt they had pushed this particular horological noodle as far up the hill as they were willing.

LVMH acquired Zenith in 2000, and in 2001 they parachuted one of their loyalists, Thierry Nataf, into the hot seat with the brief to pull this particular lunch box out of the toilet bowl.  That's where most people think the twists and turns began, and in some ways they are right.  But that is actually short-sighted.   Zenith was facing a boatload of challenges.  Not the least was their inability to market and sell watches under the Zenith in the US.  And it bears mentioning that although the Nataf era ended in what many people feel was an implosion and betrayal of the brands DNA, I don't know if there is a GENUINELY understood and agreed upon brand DNA that actually existed in the actual real world, actually... revisionist history notwithstanding.

And one good leader was replaced by another who many of us, felt had no option but to be a bit of a "mini me" for the shot caller, the very man who has accepted his resignation and will be captaining the good ship Zenith.  And it is also important to note that Mr. Magada was one of Biver the Great's boys.  So clearly something happened, and I'll tell you why - very little happens on any level that Mr. B is not aware of, and moreover does not approve of.  And that is both a spur and a bridle.  It is safe to say that Biver has done more good than harm pretty much everywhere else he's gone, so hopefully this will be more of the same.

Let us see where we are this time next year.  But everyone will meet their Waterloo whether they know it or not.  Most get lucky and do it in private.  That was not the fate for Nataf or Magada.  And time will tell whether Jean-Claude Biver by force of his personality and sheer will can create something out of Zenith. 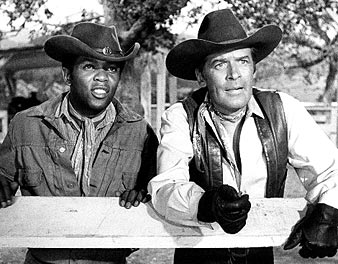