As most of you will already know by now, Astronaut, Senator and fellow-Ohioan John Glenn passed away today at 95.


So it seemed appropriate to put this out one more time, as we wish you God's Speed John Glenn - 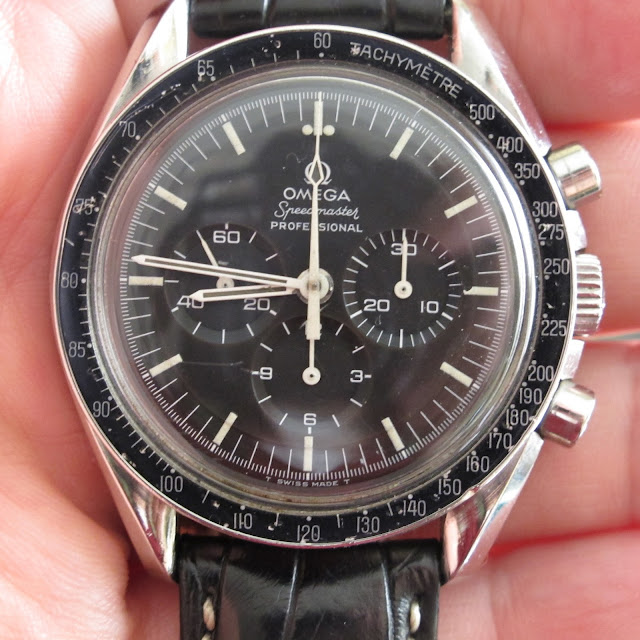 As today is July 20th, I woke up with astronauts (and even cosmonauts) on the brain.  41 years ago man first landed on the moon - and better yet made it back in one piece!

My aunt still remembers a Saturday in the late 1960's,  when her shopping companion grabbed the future Senator from Ohio in a Columbus department store, and holding him in a near death grip exclaimed - "You're John Glenn!" Without losing any of his composure despite being clutched by a very excited housewife, he replied "I know lady, and who are you?"
John Glenn did not go to the moon of course, but he always epitomized the excitement of the space race.  The captain of Friendship 7 was not even the first man in space, his orbit followed the earlier exploits of Gagarin and Titov, but his flight in 1962 captured the imagination of the world.
Like John Glenn, I do not suppose that this Speedmaster visited the moon either, but what I can tell you with certainty was that it was manufactured in 1969 - the same year that Apollo 11 landed on the moon.
Growing up, I imagined we'd be having weekend getaways to the moon, or even Mars by now.  Perhaps in another 40 years.
Posted by James at 2:07 PM