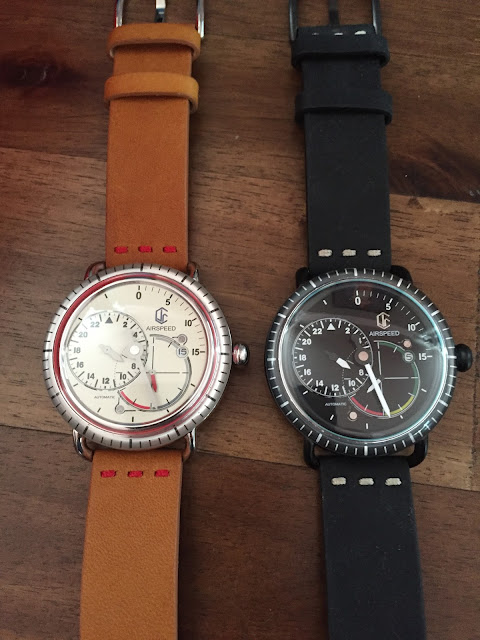 One of the real pleasures of writing this blog is that you get to follow, and sometimes in a vicarious way, live people's dreams.  In what is, admittedly, an incredibly frustrating and predictable industry, occasionally you come across someone who genuinely has a passion and wants to make something original.  Enter CJR.

I was fortunate enough to be asked to do an advanced review of the new AIRSPEED watches BEFORE they are to be made available to the public.  In the interest of fairness, I wanted to wait until after the Kickstarter fund raiser began, because in all honesty, I did not necessarily want to encourage, or discourage people from checking these watches out before the Kickstarter had even started.

Well, I have good news for you on two counts -

1.  The watches are AMAZING values for the price!  They offer perhaps the best value for money of ANY watch - big brand, micro brand or Kickstarter project that I have seen so far this year.  You may recall the Klokers watch which is indeed very cool and created a huge stir on Kickstarter? 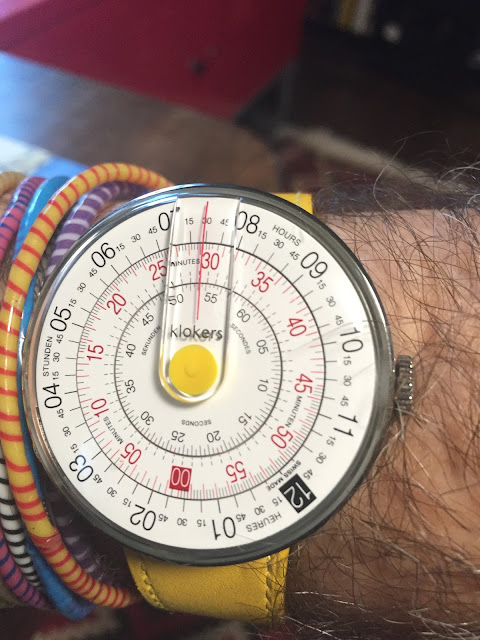 In many ways I would have to say that while the Klokers watch set the standard for what a Kickstarter watch could and should be, based on my 2 week experience with the prototypes of the AIRSPEED from CJR, the bar is about to be raised again!

2.  The Kickstarter has launched and it appears that the watch will happen, because they have already reached their goal -

And I guess there is a third piece of good news - there is still time - and space - for you to jump on this and get an AIRSPEED for yourself!

Here is a link to their Kickstarter campaign page -

So I will be doing a review in three parts - part one tonight, part two tomorrow, part three on Friday.

I will be getting into all of the details, as well as my impressions of the watch, how it has performed, what it is like to wear, and - spoiler alert - why I really think the AIRSPEED is the SHIT THAT KILLED ELVIS!