What if someone reached inside of your head, grabbed out all of the cool things you had seen in your life, and combined them into a watch? 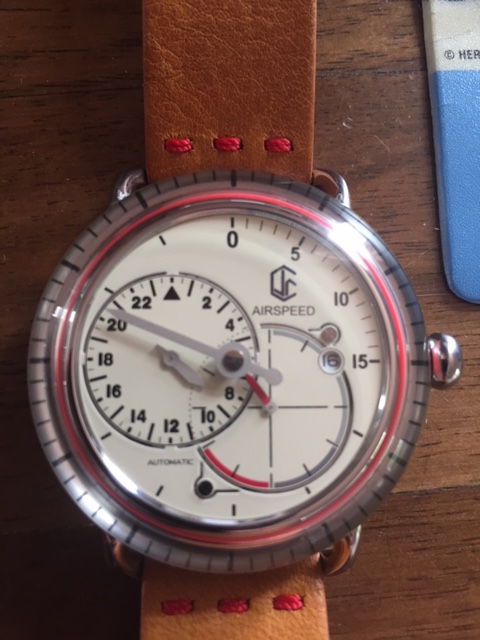 For me, that is what the CJR Airspeed represents to a great extent. So this part of the review/preview is not really from the rational/logical sphere. It is primarily based on emotion. That neuron that is triggered or pulled when you see something and it transports you to a different place and time. The case itself is crazy, but in the best possible way. It is, essentially, a very small stainless steel center part that is seemingly encased in one large watch crystal. 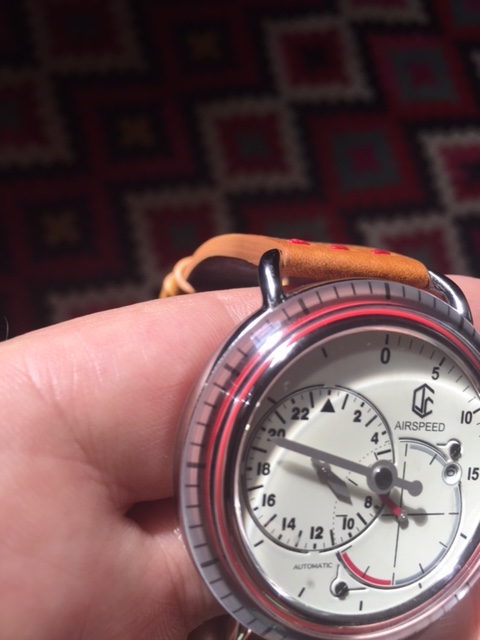 Spoiler alert - it isn't, but it sure looks that way. Almost as if the watch itself was floating in a crystal attached to your wrist.  The visual impact is also tactile owing to the curved shape of the bottom crystal which pairs perfectly with the domed top crystal. 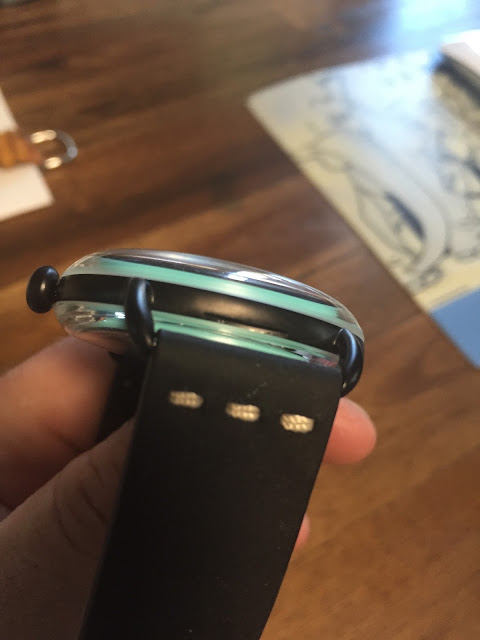 And to say that the AIRSPEED is comfortable on the wrist is an understatement.  It sits nicely on the wrist and smiles back up at the wearer - 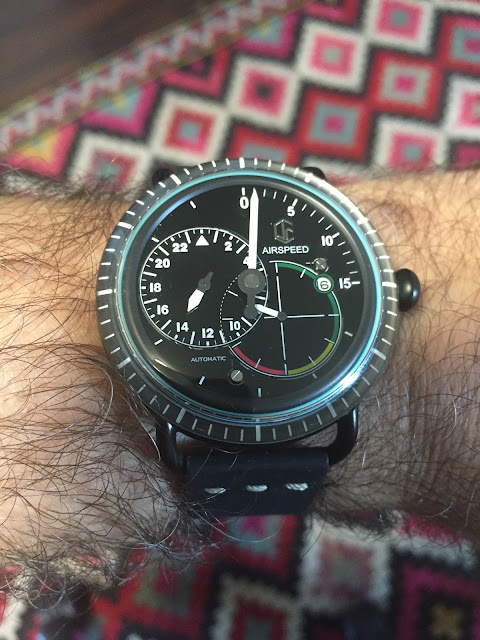 The curvature of the lugs, and their unique shape add to the futuristic look and feel of the AIRSPEED.  But in addition, there are the color codes.  The red and green accents on the dials, and the seemingly floating rings of color on both the top and bottom of the case.  Red for the beige Vintage version, and  green for the black Pilot version.  My suspicion is that these are gaskets.  So you have the sense of being able to see through the watch itself, even more so than the typical display back or skeleton dial.

As I said, this is a watch that triggers memories or images from other places and times.  Here is a checklist that went through my mind: 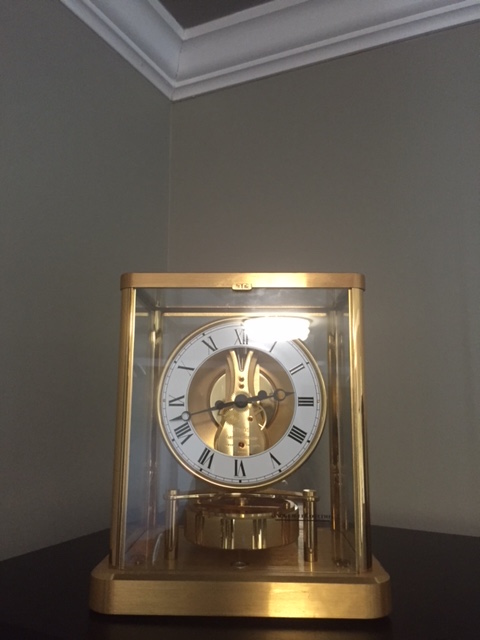 And plenty more, but that gives you an idea.

So that's the emotional side. Tomorrow we get down to brass tacks. As a reminder, the Kickstarter project can be found here: