Yes, I was a Cub Scout. And as the photo will demonstrate some things have changed -

I used to be thinner
And some remain the same -
I still have a GYNORMOUS head ; ) 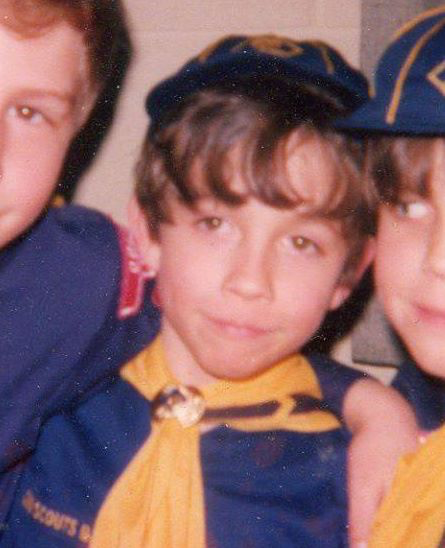 From my scouting days I can clearly remember a few things -

1. My "den" (the smaller sub-group) that I belonged to was pretty cool, Mrs. Andrews had the patience of a saint and it was a good experience.  These were weekly meetings which I suppose today would be referred to as group "play dates" with learning outcomes based on citizenship, courtesy and healthy outdoor pursuits.

2. My "pack" (the larger group made up of all of the dens) was a bit more like Lord of the Flies, but despite that, I managed to survive through about a year or so of healthy scouting activities, bullying and minor beat-downs.  These more formal, monthly gatherings were conducted at the local Catholic Church and I was constantly reminded by some of the more pious parents that I would, indeed, be going to Hell owing to my lack of personal faith and my mother being what was not always politely referred to as a "radical woman".

So it is safe to say that my parents did not feel 100% comfortable in what in hindsight could be viewed as indoctrination, but I really dug the uniform and all of the gear that might come with it!

So who does a young boy turn to when his parents are not likely to fund his trip to the JCPenney's to purchase his illicit Cub Scouting gear? 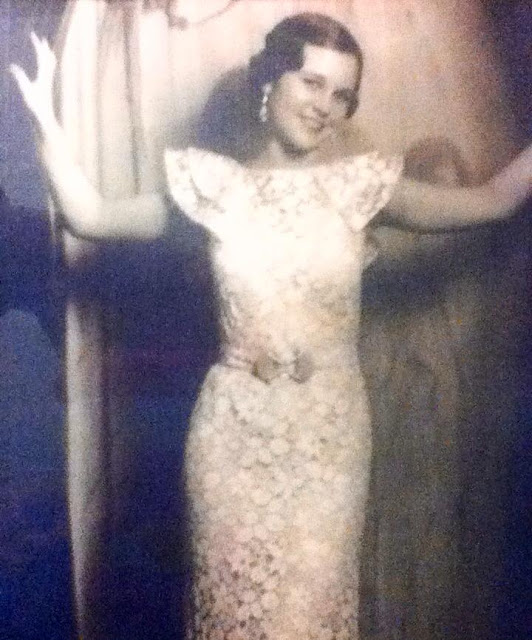 He turns to his Grandmother!  Someone who was so elegant and stylish back in her day clearly understood the need to be turned out in the latest version of the uniform and be properly equipped!  Who else but this wonderful woman would get me the one thing that I wanted most, the coveted, most assuredly forbidden OFFICIAL Cub Scout Pocket Knife?  On her yearly visit from Texas, she took me straight to Midway Mall and made the purchase.  Not only that, she presented me with what had apparently been my father's cub scout signet ring!  Which I promptly lost in the neighbors' backyard while playing with my friends within about an hour of receiving it.  It was found, then lost again forever.  I felt bad about it up until my late teens when I asked myself -
Who on earth would give an eight year-old boy a signet ring and expect him to keep track of it?!? 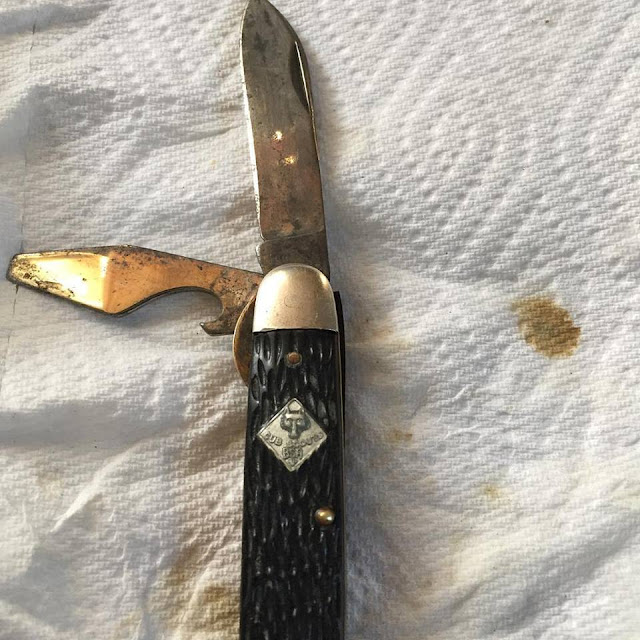 No, this is not that pocket knife. That was lost some time in 1977/1978 and was buried under a mountain of snow never to be seen again. But memory is a funny thing, and Wendy and I popped into a shop in Montecito today and what did I find but this sweet baby!

I realize that this has absolutely nothing to do with watches, but finding this relic from another former Cub Scout's youth really made my day!