Seven (plus) Days with the Stowa Back to Bauhaus

We ended up running a wee bit into extra time with the Back to Bauhaus but the kind folks at Stowa were understanding. 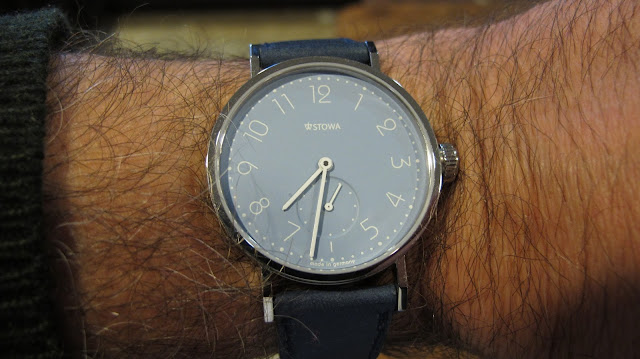 As you will notice, Stowa is a supporter of Tempus Fugit so I will be tempering this with as much objectivity as I can.

The Back to Bauhaus is referred to as:  Antea b2b contemporary on Stowa's website. It is available if 3 different sizes and 2 different movement options:

Knowing and appreciating my love of all things "bauhaus" the folks at Stowa sent a 355 in blue, or as I like to think of it, blueberry ; )

Obviously a lot of thoughts will immediately turn towards the Nomos Tangente.  But the thing to bear in mind is that the Stowa Antea in many ways "out Nomoses" Nomos when it comes to this watch.  In fact, it is based on a previous Stowa model from their fairly distant past -

But this is not the only way in which the Back to Bauhaus (at least in my opinion) out-performs the Nomos Tangente.  Because ultimately it comes down to what I have come to call the Tempus Fugit Theory of "Dopeness".   Price, divided by number of days worn, multiplied by number of people who stop to ask you about the watch.  Needless to say, there are  LOT of people in the Santa Barbara county area with a new awareness of Stowa and the Back to Bauhaus watch.  And let's just say, it's DOPE!  (that means good). 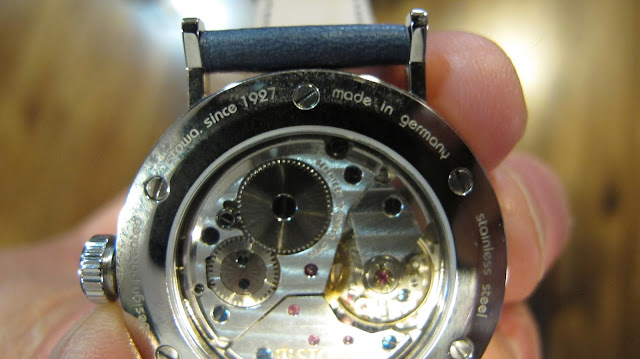 Interestingly enough, the 35.5 mm is more than large enough for most average sized wrists - 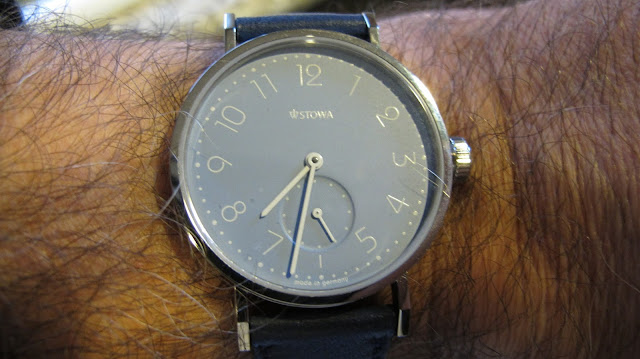 This is a wonderful example of less is more.  Less bezel "girth", more visibility of the dial, more visual perception of "size".  This was similar to my experience with the Partitio.  But interestingly enough, I have found the Nomos Tangente to be a wee-bit "light" in feeling by comparison.  that might just be my impression.  But the Antea Back to Bauhaus seems to have a bit more to it, feeling that little bit more substantial. 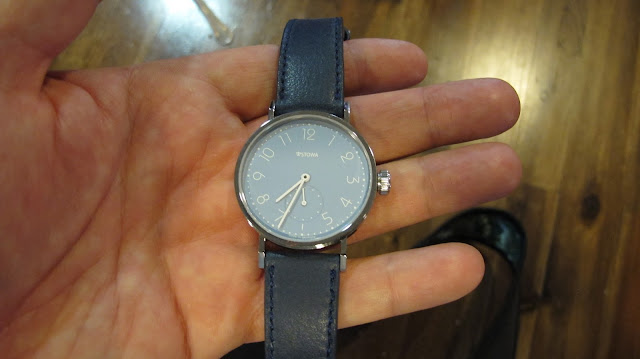 In many ways it is reminiscent of the 1927 Stowa, but what I really like about this is that the seconds sub-dial does NOT obscure any of the nearby indices or numbers.  it is very pleasant to look at.  The blue is, well, soothing.  There is no other way to put it.  It is colorful and calming all at the same time.

In addition, Stowa opted to use ALL of the numbers as opposed to 12, 3 and 9.  I have to say that I sort of prefer it.  And again, it is also consistent with the original.  But the addition of color to the dial and the strap give it that extra "what's it".  Of course, you can get white or black if you are not feeling so "daring" ; ) 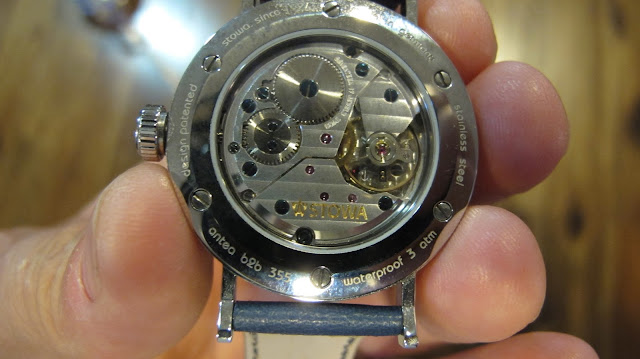 The movement is a Peseux 7001 which is a movement I have come to love.  It is "of a time" but yet timeless.  Clean, simple, practical and somewhat elegant in its way.  And provides some of the smoothest and most satisfying winding around. 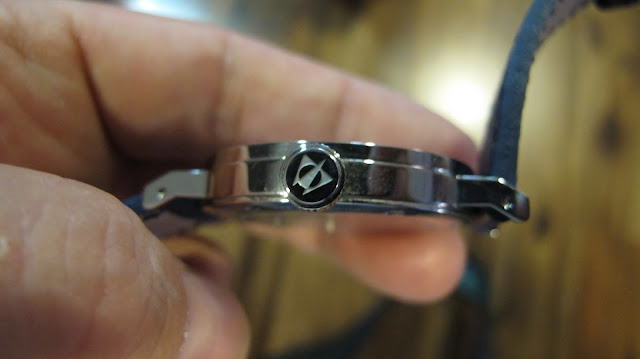 A lot of this is aided by the crown. And this is another difference between the B2B and the Tangente from Nomos. The crown is that little bit more solid, more grippy, more substantial.

And this is one of those things that seems so obvious when you think about it.  It is a hand-wound watch.  Shouldn't it be easy to wind?

The time keeping was bang-on and the greatest deviation I experienced over 7 plus days was 12 seconds of "gain".

The strap was wonderfully comfortable, and blue!  And secured by a Stowa stainless steel buckle - 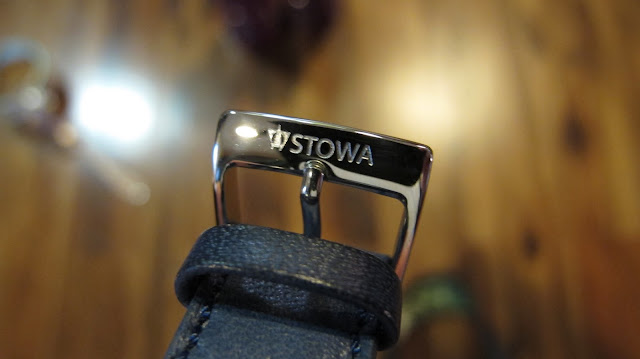 It doesn't hurt that the B2B is priced at just south of 800 Euros.  But I think that for myself and others it is not about the price, that is just a happy coincidence.  The quality of finish, aesthetic detail and precision of timekeeping all are testimony to the work of Stowa.

I would highly recommend the Back to Bauhaus, like other Bauhaus themed watches, it is not for everyone.  But if it is in your "wheelhouse", I don't think you'll be disappointed.