Eterna - You coulda been a Contender


Charlie: Look, kid, I - how much you weigh, son? When you weighed one hundred and sixty-eight pounds you were beautiful. You coulda been another Billy Conn, and that skunk we got you for a manager, he brought you along too fast.
Terry: It wasn't him, Charley, it was you. Remember that night in the Garden you came down to my dressing room and you said, "Kid, this ain't your night. We're going for the price on Wilson." You remember that? "This ain't your night"! My night! I coulda taken Wilson apart! So what happens? He gets the title shot outdoors on the ballpark and what do I get? A one-way ticket to Palooka-ville! You was my brother, Charley, you shoulda looked out for me a little bit. You shoulda taken care of me just a little bit so I wouldn't have to take them dives for the short-end money.
Charlie: Oh I had some bets down for you. You saw some money.
Terry: You don't understand. I coulda had class. I coulda been a contender. I coulda been somebody, instead of a bum, which is what I am, let's face it. It was you, Charley.

And at this point, I am tempted to start referring to the Eterna KonTiki as "Terry".  So many possibilities, so many opportunities, so many "jumps" for the quick buck.  So much impatience.  So little realized.

If it sounds like I take it a little personally, possibly I do.  And that is the unreasonable attachment that we as watch fans have to the watches and the companies that produce them.  Some other examples?

Bremont in and of itself is no better and no worse than most of the other brands out there.  But with a few models that hit a chord, and with someone as talented as Mike Pearson pushing that message and working as tirelessly has he has, Bremont has taken something ordinary - a watch - and driven a level of customer and watch fan engagement that they continue to remain on most people's radar and able to survive a sometimes unforgiving marketplace.

Glycine has a signature model as well - the Airman.  Through many, many iterations it continues to be identifiable and desired.  The Airman is not unlike potato chips - hard to limit yourself to just one. So why has Glycine's Airman continued forward and upwards while Eterna's Kontiki continues to drift in the kiddie pool with all of the "little kids" with weak bladders?  Lack of focus and commitment.

NOMOS - Clearly, easily identifiable watches with a limited collection and a few options.  In a not so dissimilar approach to Henry Ford - you can have any color you want so long as it's black (or white).
If you want one, you just might have to wait, and NOMOS is okay with that.  Limited availability will actually serve to stimulate demand.  Remember - we are not sheep, we want something hard to come by ; )  You don't see a lot of NOMOS watches in the Grey Market.

If you think about Glycine and NOMOS - what is the common thread?  Consistent design and consistent communication about what that message is.

So if I were trying to resuscitate the KonTiki (and I have no doubt that the management in Grenchen are thanking their "personal God" that I am not), I would go about it like this:

1.  Trim the fat - pick one "look and feel" with MAYBE 2 options - not 5 or more.  When you offer 1 or 2 options it becomes much easier to identify the KonTiki.  When you offer it in "33 flavors" it confuses the market place and it makes it challenging to move the amount of production required to offer so many variations.  Think I'm kidding?  This is the SuperKontiki collection for this year: 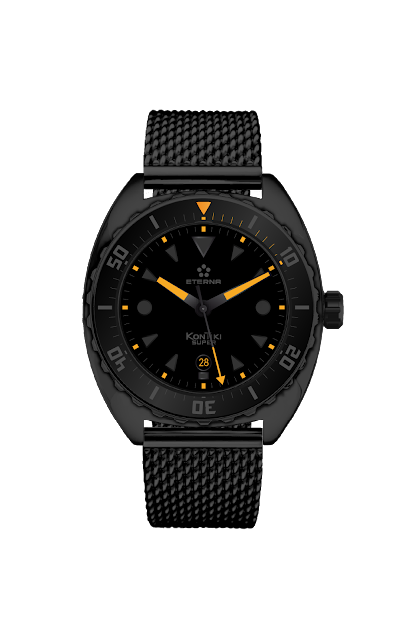 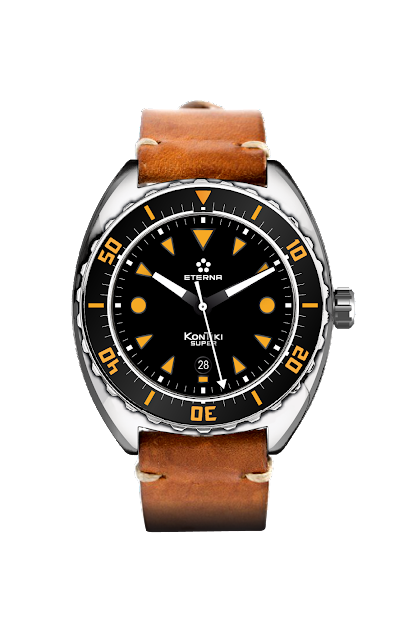 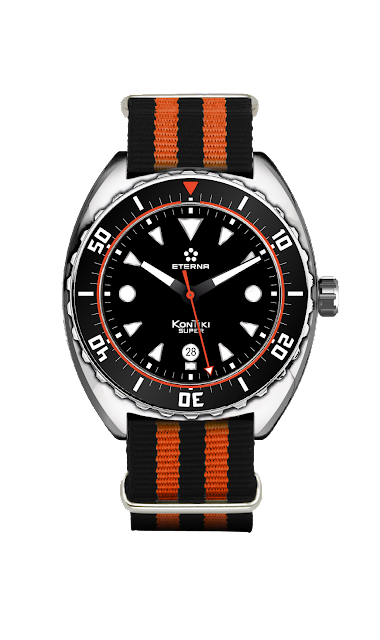 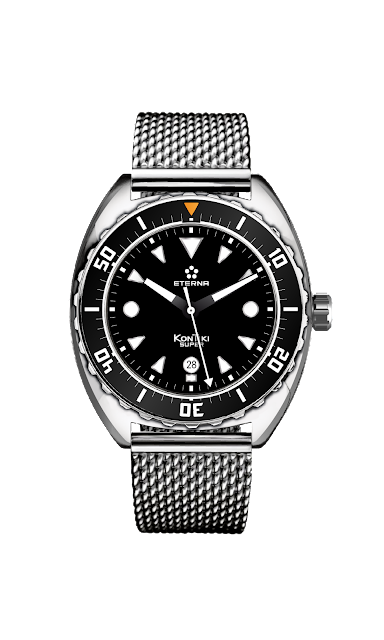 Now in fairness you would be aware of these pieces if you followed the watch press, but you'd be pretty-much stuffed if you tried to find them on Eterna's website, which begs another question.  Seeing as you made all of these nice, new, shiny watches, don't you want people to be able to see them on your website?  This also does not take into account the KonTiki Royal...

3.  Begin a communication program to tell the story about the KonTiki to those who don't know it.

5.  Chill the f^%$k out and show some patience!  Make a model with 2 variations and be willing to wait it out.  It will sell if you don't panic and off-load it to the grey market after 3 months.