Nuking the PR Fridge with Hublot

Hublot partnerships are becoming about as unique and special as, I don't know, a Hublot partnership...
So hang onto your hats sports fans, here's the latest "exclusive"partnership trotted out by the folks in Nyon -

So behold, the Big Bang Unico Bi-retrograde Chronograph Limited Edition for the Guangzhou Evergrande Taobao FC.  No, if I'm honest I've never heard of this team either.  But Hublot's press release dispelled all of my doubts -

Guangzhou Evergrande Taobao Football Club, as one of the top football clubs in Asia, has achieved outstanding triumphs. From 2011 to 2014, the club made it to the top of Chinese Football Association Super League for 4 consecutive seasons. In 2013, Evergrande won the first place in AFC Champions League and became the first champion of the league in Chinese football history. Behind these brilliant achievements is Evergrande's spirit of proactive self-improvement, breaking limits and never give up. And it is Evergrande's spirit that has moved countless football fans and become the best interpretation of Hublot's spirit of pioneering and innovation.

I'm not sure about the grammar, but with a "spirit of proactive self-improvement, breaking limits and (my personal favorite) never give up" ... 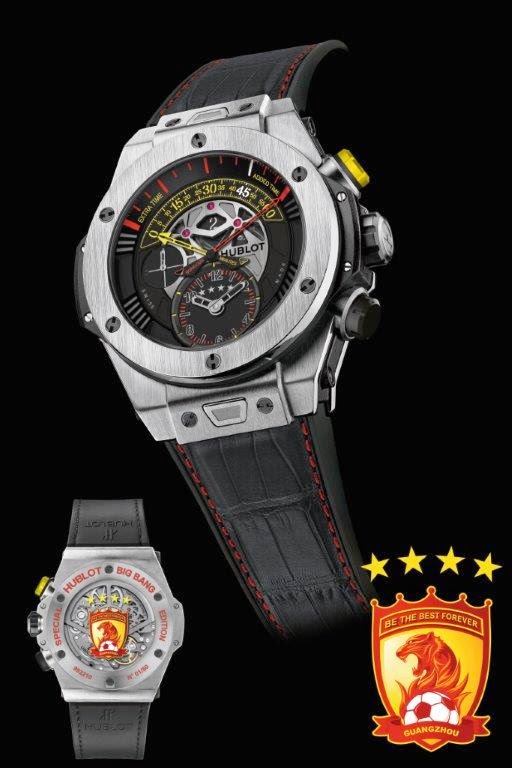 But with a team slogan like "Be the Best Forever" I have absolutely no doubt we'll be hearing quite a bit from this amazing team in the near future... 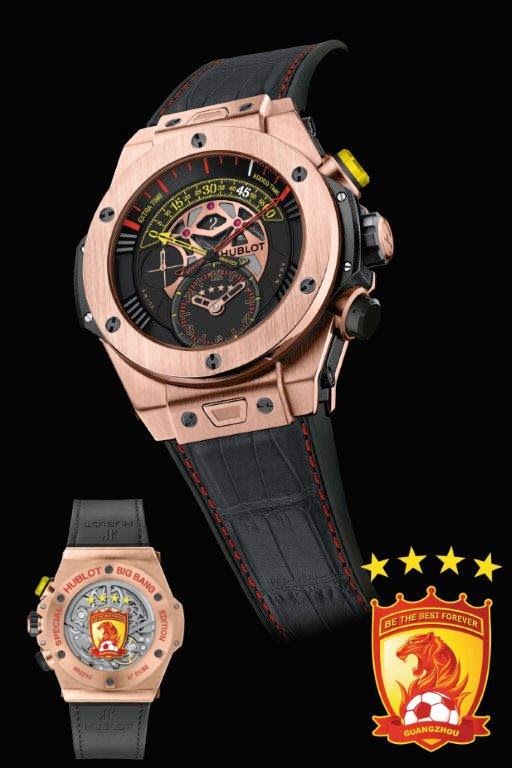 And in fairness, perhaps I do not follow football in China as closely as I should.
And as if that wasn't enough, what's a circus without two other Hublot ambassadors to further confuse the message?  Hublot's ambassadors Lang Lang and Pele himself were there as well!

Here's the thing - I am GLAD, THRILLED, ECSTATIC that Hublot "loves football" -  but what I'd really like to see is, I don't know, some of that Hublot "magic money" go to fund football in countries that actually really need the help.  Plenty of kids in India, Kenya, Tanzania, and other "less sexy" places like to play football too.  And continuing a partnership with FIFA which is about as corrupt as an organization gets is NOT something I would be proudly announcing.

Partnerships like these are beginning to get extremely cynical, but as a friend mentioned to me, it's not a bad business plan - create a partner watch and you're guaranteed to sell 40 or so pieces.

Here's the thing - Hublot is not a charity, it is a company that makes watches - very nice watches.  And they do a lot of good - but they don't publicize this good NEARLY enough.  When all I get in the "in box" is another "here we are with this famous person" it makes me feel a bit like the expectation  of Hublot's PR office is that we should all be sycophants, and just "drink the Kool-Aid".