A Hat Trick for Nomos

Here's the scoop, straight from the source - 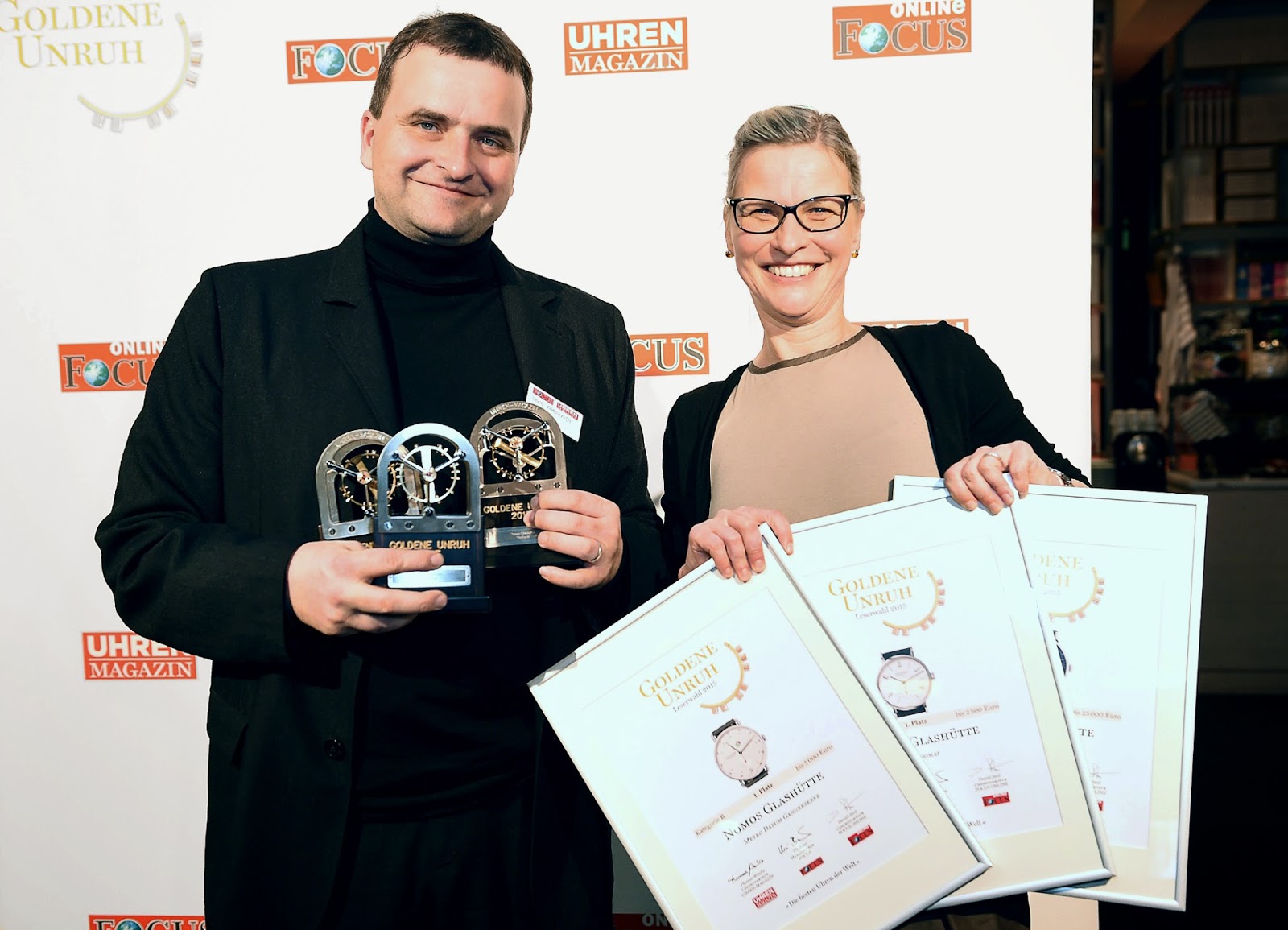 NOMOS CEO Uwe Ahrendt, who was lately announced “Entrepreneur of the Year,” is stunned: “Three first wins at one go—that’s amazing. Watch aficionados obviously seem to like our combination of timeless design and best Glashütte craftsmanship. And the fact that we’re completely producing all our movements on-site in our Glashütte workshops—we’re the watchmaking company that always gives a hundred percent.”
The publications Focus, Focus Online, and Uhren-Magazin organized the public vote, one of the most important in the watch industry, as they do every year. Since November, 20,846 readers had voted, 351 mechanical timepieces had been submitted in total. But 2015 has not only now started successfully for NOMOS Glashütte: Metro has already received the Good Design Award and the iF Product Design Award in the first weeks of the year.
Since 1998, the Goldene Unruh has been one of the most renowned awards in the German watch industry. Watches from NOMOS Glashütte have repeatedly impressed readers from Uhren-Magazin and Focus in past years—and have won a total of 24 times.
Watches from the brand have already been honored with more than 120 prizes and awards in the past. Uwe Ahrendt attributes this to all the hard work of the NOMOS employees: “Watchmakers and toolmakers, draftsmen, and the designers in Berlin: We have a fantastic team.”
Posted by James at 11:41 AM