In the coming weeks there will be several "smart watch" releases in an effort to get out in front ahead of BaselWorld.  This morning I found something from Jorg Hysek in my in-box and thought it might
sort of fun to run through some of the offerings.  The text is the original from the press release.

Confronted by the ever-growing smart-watch market, the Hysek Design studio founded in 1982 by Jorg Hysek – expert in high-end watchmaking aesthetics – is proposing to design connected timepieces in line with the highest Swiss standards. An ideal combination when it comes to creating a luxury item other than those offered by the new technology industry.

“Smart-watches”: seizing the opportunity of a “luxury” segment 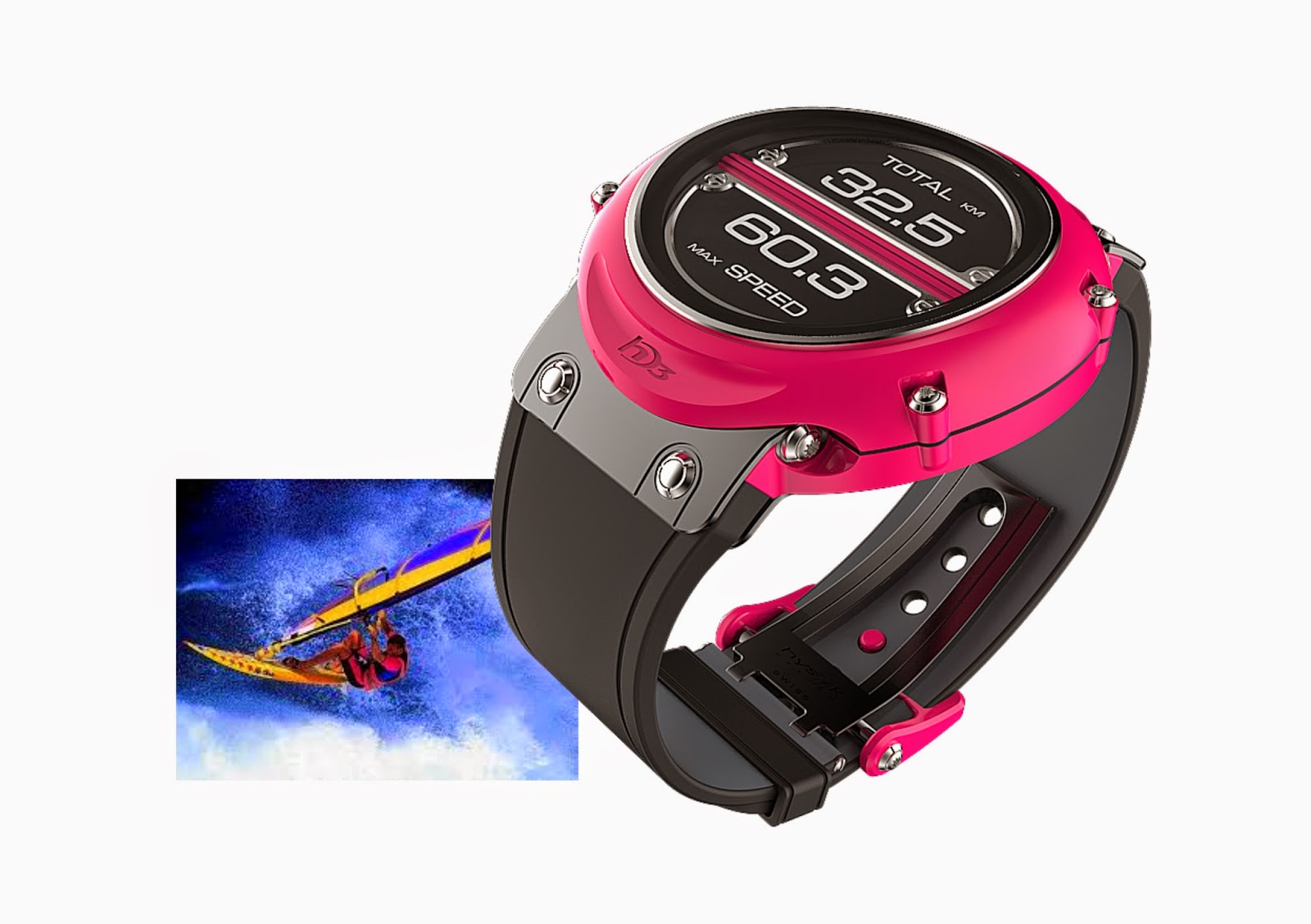 E-technology has been one of the most talked about subjects in the watch industry over the course of the past few months. The connected object sector is indeed booming, and with it that of intelligent watches dubbed “smart-watches”. The progress achieved to date has made a large number of technologies “portable”. Everyone is tempted to take them everywhere, from the most useful to the most superfluous, especially when they happen to even be accessible on the wrist. According to British research and consulting company, Analysys Mason, 13.6 million intelligent watches will be sold across the world in 2015, compared with just under a million last year. American analyses estimate that the market will reach 30 billion dollars in 2015 or the equivalent of Swiss watchmaking exports (French daily Le Monde).

“This is the first time in at least a decade that the market is viewing Swiss watchmaking as a potential collateral victim of new technologies” emphasises a journalist at the Agefi (Swiss financial daily). Admittedly, the watchmaking market has not yet been impacted and consumer habits will not change completely; but faced with this phenomenon, investor confidence is faltering and big groups are feeling the pressure.

In Las Vegas, where the CES (Consumer Electronics Show) took place recently, the most recent smart-watches took centre stage. The innovations are coming from technology and communications giants such as Garmin, Alcatel, Apple and Sony.

While the smart-watch market is conquering an ever increasing public, the Hysek Design studio, managed by Jorg Hysek and Valérie Ursenbacher, notes a paradox: these new timepieces bear no relation to true watchmaking and yet are well on the way to competing with their mechanical “Swiss made” siblings. The market is being driven by players from another industry. Will the country that represents the nerve centre of the industry and global watchmaking skills remain glued to the spot while the train leaves the station?

For the time being, smart-watches are competing in the “entry level” and “mid-range” market segments.  This factor encourages Hysek Design studio to believe that luxury watchmaking has its own card to play in shaping the high-end smart-watch segment in its own image.

Hysek Design’s boundless creativity coupled with comprehensive expertise is the key to preserving the DNA of high-end watchmaking through refined designs incorporating all the most advanced technologies.

This design team has indeed been anticipating and influencing luxury watchmaking trends for many years. Led by a charismatic founder-designer with a well-established reputation, the studio began by winning the trust of the finest traditional luxury watchmaking companies. In the 1980s and 90s, it designed and produced pieces and collections for Ebel, Tiffany&Co as well as TAG Heuer, Dunhill and Breguet… Its creations for Vacheron Constantin were rewarded by the Grand Prix d’Horlogerie de Genève. Later, in 2000, Hysek Design demonstrated its skills with the development of a watch line and high-quality writing instruments. The highly versatile and eclectic studio has recently further revealed its creative talent in the realm of Grand Complication timepieces for the HD3 brand and worked with the most innovative teams in Switzerland to create the first tactile watch with a virtual mechanical movement (Slyde).

According to Hysek Design, technology has its place in the world of high-end watch design. One has only to look at the automobile world, which has consistently influenced consumers’ aesthetic awareness. Take the Tesla for example: who would have thought that a luxury sports car could be electric? And what is more, one that offers drivers a most pleasing image featuring avant-garde design and functionalities unhindered by the traditional codes of conventional luxury.

“The world is developing fast. It’s time Switzerland woke up!” In an interview published in the Swiss daily Le Temps, Peter Stas, watchmaking CEO and founder (Frédérique Constant) encourages Swiss watchmakers not to minimise innovations, such as the appearance of connected watches. While some are already taking the risk of equipping their timepieces with certain technologies, this is being done with extreme caution through the use of connected accessories or limited functionalities. Why stop at that?

For Hysek Design, luxury watchmaking can play a vital role by contributing its expertise to building the smart-watch world. The integration of new digital functionalities in designs truly conceived and developed in keeping with the purest Swiss know-how is the key to bringing added value to this universe. The aim is to create design objects incorporating intuitive electronics for relevant functions – such as security or home automation, health, outdoor activity monitoring or telecommunications – and fitted with cases manufactured with rigorous care and according to the highest standards of traditional watchmaking. Thus, the creative talents at Hysek Design firmly assert the powerful identity of high-end watches and are committed to thinking up smart-watches made for devotees of luxury.

With this open call, the Hysek Design studio is taking a stand and demonstrating that luxury objects and technology are mutually compatible by offering a series of smart-watch concepts. Thanks to its aesthetic experience of high-end, avant-garde watchmaking, the design studio combines the best of both worlds: high-end craftsmanship and high technology. Hysek Design’s visionary designers call on classic watchmaking to join this pioneering movement and create a whole new offering.