Now I don't know about your family, but most families have heirlooms.  These paintings, family albums, silverware, china, rings - hey, even watches ; )

My Great Grandfather was a rather interesting fellow.  He married a widow who had several children from a previous marriage.  And he treated all of the children as if they were his own flesh and blood.  He had a beautiful, solid gold pocket watch that was made to order for him, which eventually went to my Grandmother Theo as she was the last remaining child.  The idea, of course, was that when she died, it would go to her son (my father) and it did.  The further idea being that when he died it would go to me - it did not.  It is either sitting in a Memphis area pawnshop or is earmarked for a hillbilly relative of my stepmother.  I suspect that you could buy a decent amount of meth if you sold it, or pay off your IROC Z, or whatever it is that those knuckle-heads will do with it. 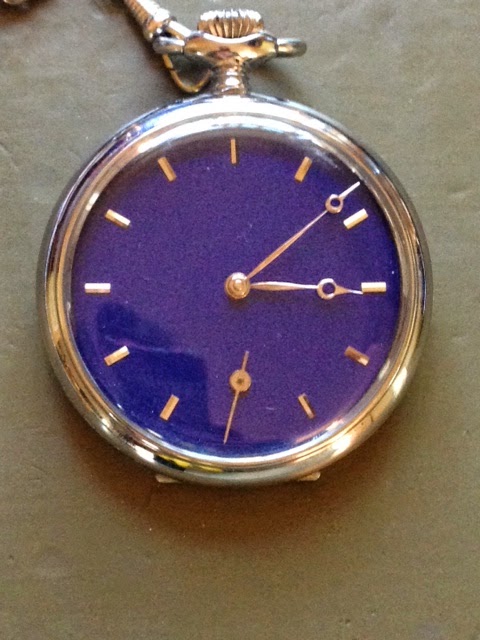 Needless to say, this isn't that watch. Sometimes you have to take matters into your own hands, and this is one of those times. This watch started out life as a basic item from Bucherer -stainless steel, white dial with black indices and hands. But I wanted this to be special. Something nobody else would have. And so I turned to the one guy who would understand.

Martin Pauli of Angular Momentum took something pretty average, and created something special.

So for my young nephew Jack Mitchell - play your cards right, and this could be yours ; )

Ultimately, we travel through our lives and we accumulate things and some of them come to have value and importance. Try to remember, we are only temporary custodians, and try to do the right thing.