The Watch of the Future is Made in...

Yesterday started out with some uncertainty.  I took a day off of work, hopped the train down south and got off at Union Station.  I was on my way to meet Cameron Weiss and talk about his "little project" of making "a few" hand wound watches...

Regrettably, it is a bit too easy for those of us who follow watches to get jaded.  We get bombarded with press releases that promise the world about a given watch, that in turn delivers less than half.  Brands that bend the truth about the true provenance of a movement instead of just focusing on what they are supposed to be doing - making a watch.

Yesterday I was reminded of why I started writing about this stuff, and I fell in love again with watches. 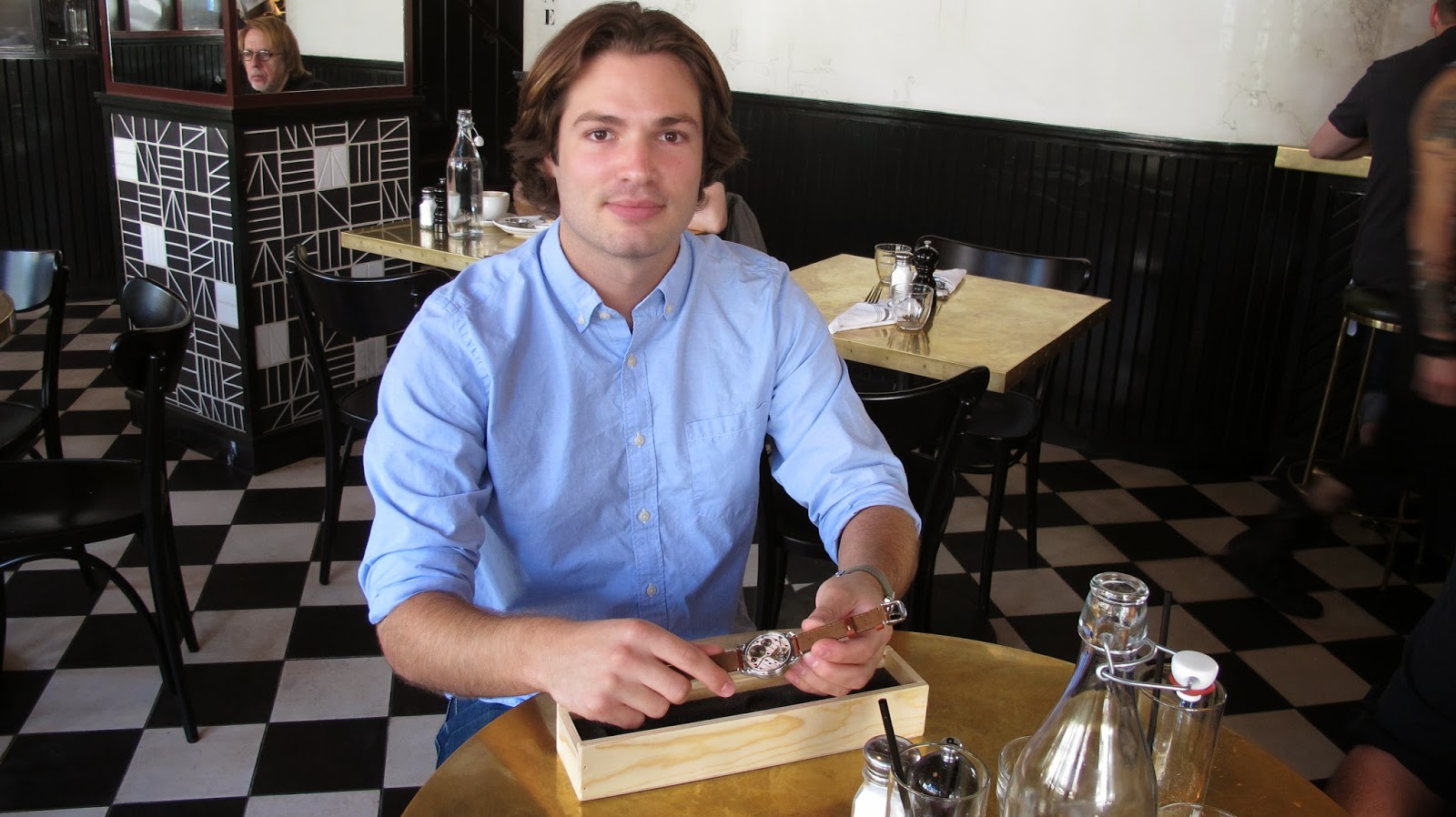 Enter Cameron Weiss and his brand the Weiss Watch Company.  And if what he is doing can be done in Los Angeles, what the hell is wrong with these other "so-called" heritage brands claiming to revive "the lost art" of watch making with "bespoke" movements and pixie dust?

No false history, no claims of a movement made "just for him". He uses the ETA 6497 base and does finishing work locally. No claims of "proprietary", "in-house" or "bespoke". Refreshing, isn't it?

All case parts, dials, spring bar tools, are designed, engineered and manufactured in Los Angeles. The dials are made of "naval brass", and then hand painted.

So in other words, unlike some bigger, more powerful, wealthier brands finding the least expensive components in locations "Eastern" and jacking up the price, Mr. Weiss has decided that he wants to make a watch with as much LOCAL CONTENT as possible - even if he has to produce some of those items himself. And even more surprising? He is doing all this and providing a fantastic watch at a very, very good price - the current collection sells for $950 US, with the option of adding a second strap and strap changing tool for $1,100 all in!

I have a longer post with an interview - and a LOT MORE images coming in a few days, but I wanted to get something out there today while I was still basking in the after-glow.

I seldom say this, but I am ready to place my order.
Posted by James at 8:19 AM