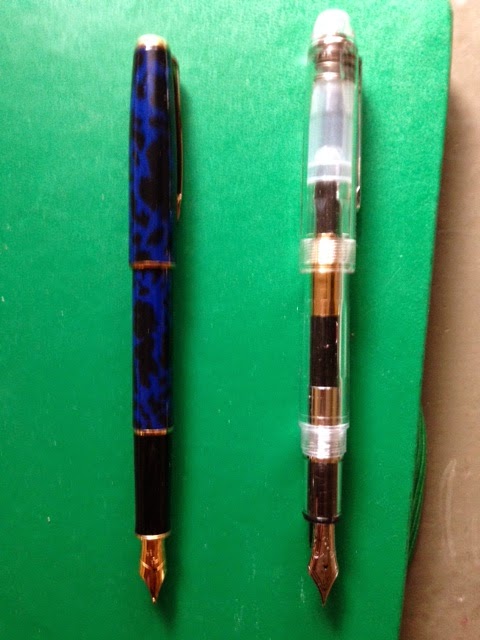 So let me tell you a bit about how amazing my wife Wendy is.  It would be easy to simply go buy a Montblanc, wrap it up and (as they say in Japan where we met) say "Dozoh"!

But that is not the woman I married!

Wendy first did some research for various themes for wedding gifts and discovered that twentieth anniversary gifts could be china (that's the stuff you make plates from, not the country!), or platinum.

Armed with this information, she then "Googled" the words Platinum and Pen and came across the Platinum Pen Company of - wait for it - JAPAN!

This is the Platinum SAI 3776 Century - a demonstrator model with a medium nib.

I have to be honest, the Platinum Pen Company was something of an unknown quantity to me, but what a story!  Here's some background on the Model 3776, straight from the source:

About the Platinum #3776 Fountain PenThe #3776 Fountain Pen was designed by the late writer Haruo Umeda, who was called “Mr. FOUNTAIN PEN,” along with the design team at Platinum Pen Company. Their aim was simple - to make the ideal fountain pen. The #3776 was made available to the public starting in 1978. After just six months, over 150,000 pens had been sold, and it’s popularity has been maintained ever since. 3776 is the height in meters of Mt. Fuji, well known as the highest and most beautiful mountain in Japan.


The Platinum 3776 Sai features what Platinum refers to as the Slip & Seal cap.  What does that mean?
Here's how Platinum "breaks it down" -

◆SLIP & SEAL MECHANISMIt has normally been thought difficult to make an airtight pen with a screw-type cap. If not sealed tightly, the following problems can result:
At the request of customers, we at Platinum Pen Company have gone back to the basics to deal with this problem. This is the first fountain pen which has our unique “Slip & Seal” structure in a pen with a screw-type cap. Thanks to this innovation, currently being patented, it is possible to have a screw-type cap with complete airtightness. 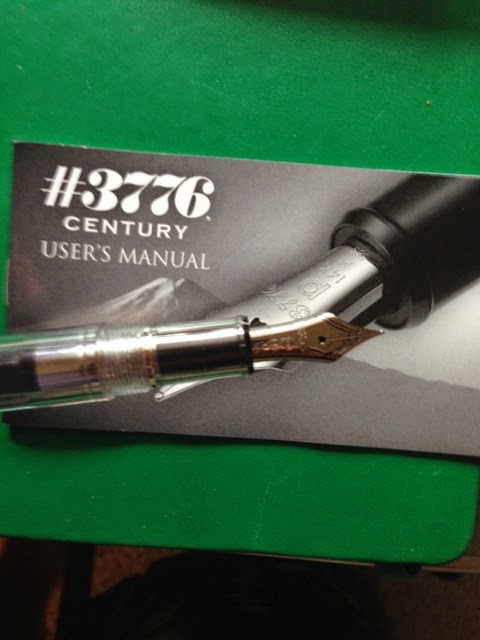 A beautiful fountain pen, tied to the theme of the anniversary, and manufactured in the country where we met?!?  Are you kidding me?  There are a lot of wives out there, but I am pretty sure mine is the best ; )

So it would seem I am a very lucky man!  Domo - Arigato Wendy-chan!  Here's to the next twenty years!
Posted by James at 8:05 AM