A Few MInutes with Marc Alfieri 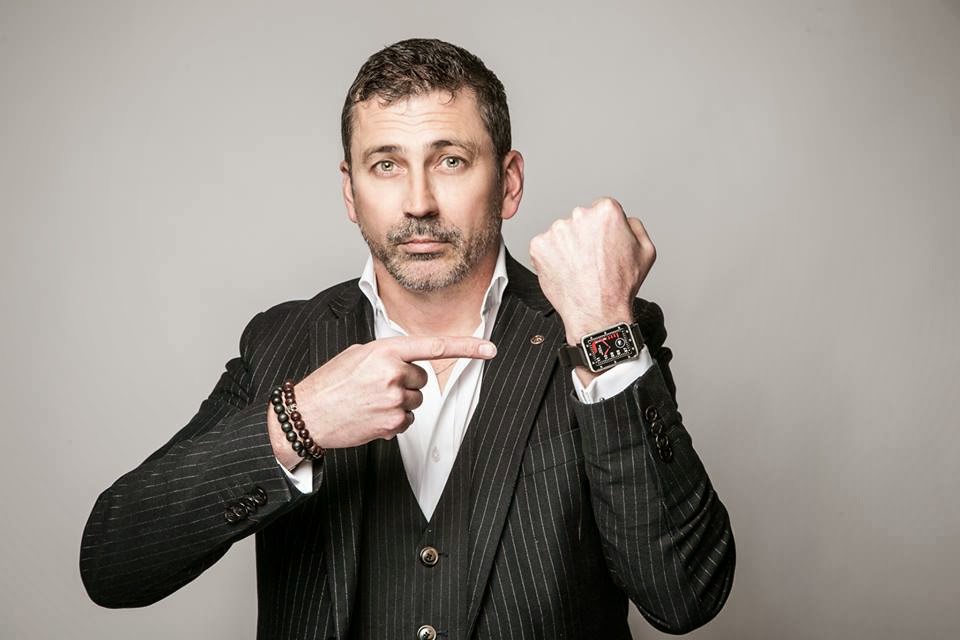 Tempus Fugit - What was your first watch?  Was it a gift?  Is there a story behind it?

Marc Alfieri - In fact there were two "first watches" ... my first watch ever was a quartz watch given to me by my mother when I was 15 .  The second one is very important to me and carries a story .. at the time I was a kinife maker and was also very passionate about mechanical watches. One day I decided to make my own watch .. but how to begin? One of my best knife customers was Laurent Picciotto from Chronopassion so I asked him for some advice on how I might do this.  He advised me to call Alain Silberstein (as it happens I was already a fan of his work) so one week later I found myself in Alain's workshop.  Luckily Alain was a knife lover, so we traded: one of "Alain's Chronos" for one of "Marc's knives" (I was so proud of it)!  In addition to that, Alain gave me some movements, hands, and a lot of good advice... this is the story of the first Alfieri watch.  I am grateful to Alain for his help - and we should never forget that this guy opened the door to a new vision in watchmaking!

MA - I honestly do not remember ... but for sure it was not the typical dreams, such as being a Fireman or an airplane pilot.  I was just sure that I had a knack for mechanics and handcraft work .


TF - What did you study at school?

MA - Nothing.... well, not exactly nothing, but it is to say that I had stopped my studies early .. so all that I know about watch making and design has been through self learning.


TF - How did you get started in the watch industry?

MA - So back to my first watch made with an Alain Silberstein movement. One day I was participating in a knife show and a man came to the front of my table.  He looked at the watch on my wrist and said "Can you please lend me your watch for two days? I will call you on Monday." (It was a Saturday).  But as I always say "no risk no fun" so I said yes . On Monday as promised, he called me and said : "Marc I have some good news and some bad news... the good news is that we need 30 pieces just like it!  The bad news is that you have one month to get it done!  As it turns out, this guy was Peter, who just so happened to be a buyer for the Sultan of Brunei!

This was the starting point. I have worked with Peter for several years, making one of a kind watches and different "objects" in my workshop.  Then I was partnered with Richard Mille at the early beginning of the Richard Mille story.  Later, working with some friends we launched Kronotypes watches, but despite an advanced design it was not a success.  In 2007 after thinking a lot I decided to launch Marc Alfieri Time Machine Experience with a strong design sense and complicated movements.  But due to the financial crisis I had to close the company, financially speaking I was not strong enough . But this was a fabulous experience especially with the limited edition we did for Chaumet. 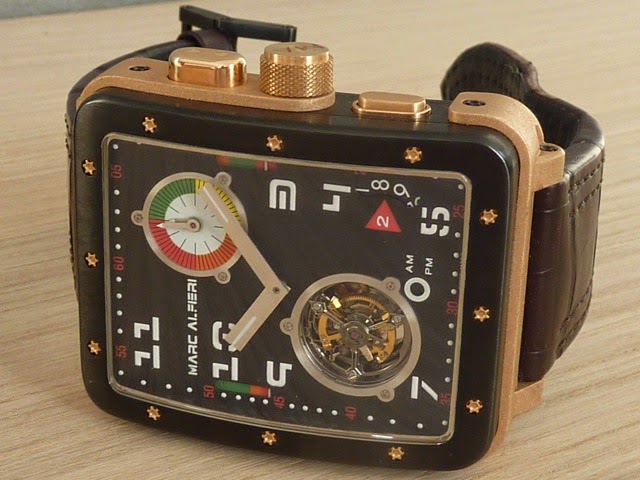 TF -  You are clearly a watch designer of note.  Looking back, what was your favorite?

MA - My TME 01 Tourbillon!  For me it was a dream come true to have a tourby in my name!

TF -  How did you get involved with Time To Act?

MA - That is simple - I am a Rotarian and watch designer/developer.  The fight against Polio started in 1985 for Rotary, so it was obvious for me to imagine a watch to fight Polio. 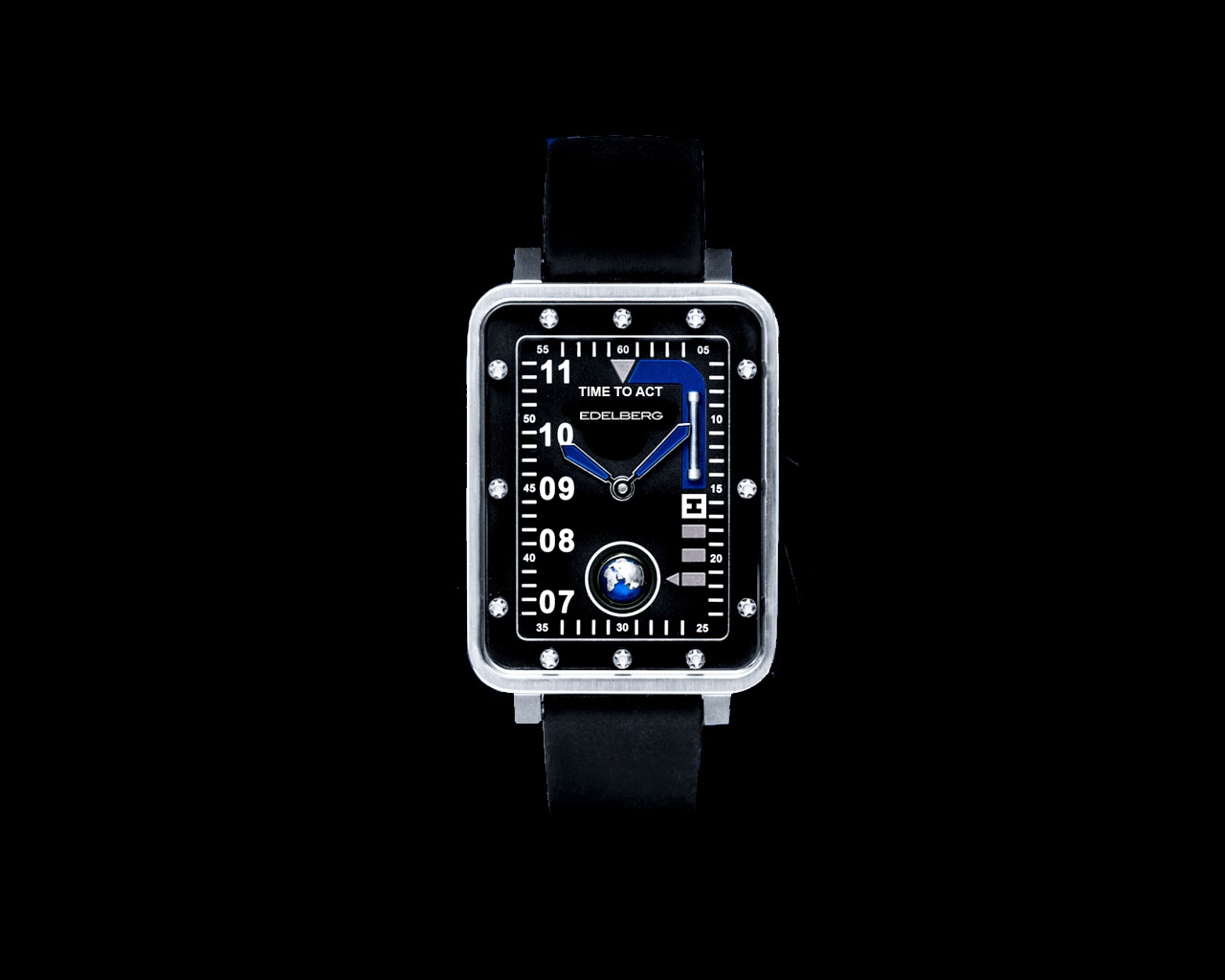 TF - What was inspiration for the watch design?

MA -  if you look at the watch it's a concentration of all I have done in the past, but as it is not a "niche" watch I forced myself to make something smaller than I usually do.

TF -   What were some of the biggest challenges you faced with the design?

MA - Quite a few!  As the price is an important factor in this case, it was quite difficult to have a sharp design with a high level of finishing at a fair price … perhaps the biggest challenge was the crystal.  But I think we came up with something very special.

TF - So when you're not designing watches, what do you like to do in your spare time?

MA: I play guitar in a band, and I practice tactical hand gun shooting .


TF - If you weren't doing this, what do you think you might be doing?

MA - Sometimes I imagine myself as a painter ... but I fear that I might not have any talent for it.


TF - What advice do you have for aspiring watch designers out there?

MA - I don't know if I am qualified to give advice ....but I  will say follow your dream and never give up,  and don't forget "an artist is a child who survived"!
Posted by James at 9:10 PM