The Last Thing I Need... But Still Desperately Want

Having spent the last few weeks doing a deep Vulcain dive, I was taking a break and cruising around the Swatch website this morning, and what did I find?  Why the SISTEM THROUGH AGAIN -I have what could be called a love/hate relationship with the Sistem 51.  The year that it came out I bought a red and a blue.  The red one was great, the blue always ran slow. And in truth? They both always felt sorta' cheap.

I plumped for another a few years later - 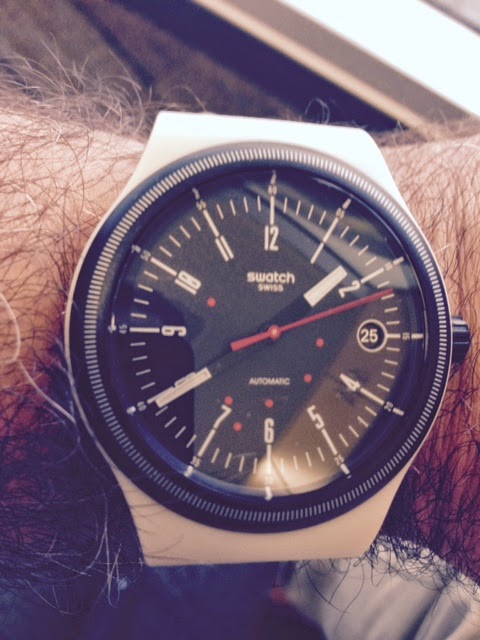 This one was a bit better, and felt better owing to the strap... 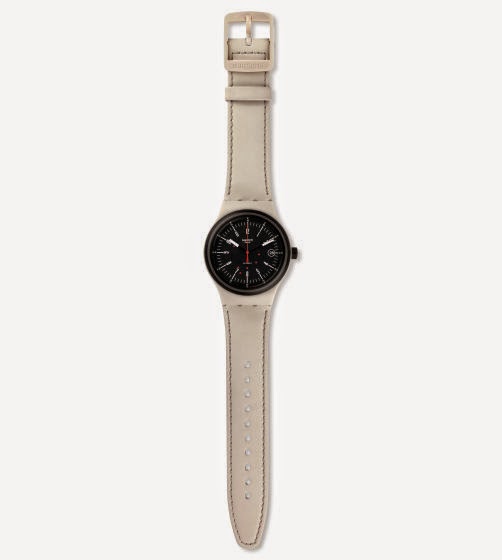 But it still wasn't where I wanted it to be feel-wise, and the dial while soothing did not, and still does not turn my crank.

Enter the SISTEM THROUGH AGAIN - Sort of a SISTEM / Irony love-child!  For me, it ticks all the boxes. Do I need it? Of course not.

Do I understand that like every other Swatch automatic it is essentially a time bomb (you cannot open it to repair the movement) and once it craps out, it will be a paper weight? Yes, I get it. And at $225 it is a potentially expensive paper weight ; )

But with watches, I am often more of a romantic than a realist. And it's hard not to be romantic about the SISTEM THROUGH AGAIN.

Watches and Wondering - Waiting for Godot

With the dearth of new releases out there, and the notable silence from the fair's organizers, it is seeming less and less likely that 2022 (at least March/April) will see the return of large scale, in-person watch fairs in Geneva.

On the one hand, it appears that the latest COVID surge has peaked in several countries. But reaching the peak does not put us back to a safe infection level... at least not yet. Geneva is one of the strictest cantons in Switzerland in terms of health and safety policy, and for all of the foreign buyers and press that hope to come to attend a show there are quite a few hoops that they will have to jump through - I say this having travelled in September and November. And that's just to get into Switzerland. I will also make clear that I agree with Switzerland's stance. Which I guess means that Novak Djocovic won't be making any personal appearances at the Hublot booth in the near future.

China and Hong Kong represent the largest block of customers for Richemont and most likely LVMH and Kering. For those folks, getting to Switzerland is one thing. Coming back home? Well, that's quite the other. Lengthy quarantine requirements have marked a significant drop in travel both from and to this region. So with all of that being said, I don't expect that a lot of these folks will be opting to attend. And let's not even get started with the US, where (for better or worse) public health and safety has become more of a political issue than, well, a health and safety issue. Unless the Swiss government opts to drop the vaccination requirements for entry at the Zurich, Basel, and Geneva airports, a large swath of folks from North America will be staying home.

That leaves the Middle East, Africa, South America and parts of Europe. This is not to say that these are not important markets or customers, but it is to say that they do not, unfortunately, represent the same percentage of turnover for the brands.

And lastly, there are the organizers of the show itself. Watches and Wonders, along with its predecessor the SIHH, went to great lengths to create an atmosphere of not only exclusivity, but exclusion in the past. And while it might be "the only game in town", I give Watches and Wonders about as much consideration as I do NOMOS
Glashütte, which is to say I don't consider it at all.
Posted by James at 5:26 AM No comments:

With Vice President (only later to become President) Richard Nixon leaving public life in the 1970s and Gerald Ford replacing him, the Oval Office was decidedly "Cricket Free" for quite some time. For those of you following along at home: Up to this point, Vulcain had not presented a Vulcain Cricket to a US President (sitting or future). Once again, a huge thank you to Michel Ditisheim for a lot of background that he provided.
When I was meeting with Mr. Ditisheim back in November, I asked him about a Time Magazine cover that featured a noted world leader wearing what appeared to be a Vulcain Cricket. And it was during this conversation that the TRUE identity of the first "President" to receive a Vulcain Cricket from the Vulcain company, was not born in the US. In fact, the first to be presented a Cricket directly from Vulcain was not born in Virginia, Ohio or New York, but rather by the Yegorlyk River, in Privolnoye, Stavropol kray, Russia, U.S.S.R.
"Wait, what's that you say? The first time Vulcain presented the "Watch of the Presidents" to a president was to the General Secretary of the Central Committee of the Communist Party of the Soviet Union?"
Yes watch fans, the Soviets beat the US to space with Sputnik, and Gorbachev beat any US President in being presented with a Vulcain Cricket, directly by Vulcain.
What has been missed, or simply assumed by most accounts of the Cricket and the US President connection was that the company had given the watches themselves. This was never the case up to this point. And it is quite intriguing that Michel Ditisheim, the son of the inventor of the Cricket would be the one to set up his father's invention on its second act on the world's geopolitical stage.
What Mr. Ditisheim explained to me was that the idea to give Mr. Gorbachev a Vulcain Cricket came about in what I often refer to as the "between time". This is the time when Vulcain had slowed down its production and became part of the Manufactures d'Horlogerie Suisses Réunies SA, or MSR. This group was formed in 1961 and included Revue Thommen, Buser Freres, Phenix, and later Marvin (in 1976).
Mr. Ditisheim with the help of Vulcain enthusiast (and member of the Swiss Federal Council) Pierre Aubert helped to arrange the presentation of a Vulcain Cricket to the leader of the Soviet Union. The watch was delivered to the Kremlin in 1987, and then... nothing. Not a peep. Mr. Ditisheim could not have been blamed if he might have felt it was a failure as a PR plan. Three years passed, and  it wasn't until he went to his mailbox, and took out that week's copy of Time Magazine's International Edition (December 30, 1990, number 53) that he knew that the Vulcain Cricket had not only been successfully delivered, but had found its way onto Mr. Gorbachev's wrist! Vulcain never received any sort of acknowledgement or thank you. But there it was, the first ever Vulcain Cricket presented to a sitting "president", splashed large across the front cover of (at that time) one of the world's most important news magazines.
And the Vulcain Cricket was about to take to the air again, and travel westward to land again on the wrist of a former US President. But not quite as far west as you might think. Tune in next time to read about how a family jeweler worked with Michel Ditisheim to reclaim its title as the Watch of the Presidents.
Posted by James at 1:25 PM No comments: